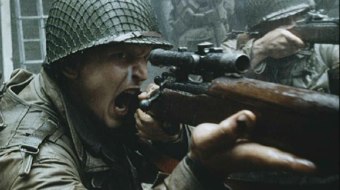 The war between Google and Facebook is heating up: Google just made one small tweak to its Terms of Service that will have a big impact on the world’s biggest social network. From now on, any service that accesses Google’s Contacts API — which makes it easy to import your list of friends’ and coworkers’ email addresses into another service — will need to offer reciprocity. Facebook doesn’t, so it’s going to lose access to this key piece of the social graph.

So what does that mean in layman’s terms? When you initially sign up for Facebook, you’re run through a series of prompts asking you to enter your Google account information so that Facebook can import the email addresses of your contacts. This is a very powerful feature because it helps new users instantly connect with dozens of their friends. And Google is turning it off, because it thinks Facebook isn’t playing fair.

You see, Facebook has never allowed users to export the contact information of their friends. This has been a gripe against the social network for years, because there’s never been an easy way to pick up and leave Facebook with your own data in tow. But what, you say? Didn’t Facebook just launch a new feature that lets you download your information?

Yes and no. The feature lets you download content you’ve uploaded — photos, wall posts, videos, events, and messages. But the export feature leaves out the most valuable set of data: your contacts. Yes, Facebook will give you a list of their names, but it doesn’t attach any contact information: you don’t get their email address, phone numbers, or anything else another service could use to rebuild your social graph somewhere else.

Here’s the relevant addition of the Terms of Service for the Contacts API:

5.8. Google supports data portability. By accessing Content through the Contacts Data API or Portable Contacts API for use in your service or application, you are agreeing to enable your users to export their contacts data to other services or applications of their choice in a way that’s substantially as fast and easy as exporting such data from Google Contacts, subject to applicable laws.

A Google spokesperson gave us this statement:

Google is committed to making it easy for users to get their data into and out of Google products. That is why we have a data liberation engineering team dedicated to building import and export tools for users. We are not alone. Many other sites allow users to import and export their information, including contacts, quickly and easily. But sites that do not, such as Facebook, leave users in a data dead end.

So we have decided to change our approach slightly to reflect the fact that users often aren’t aware that once they have imported their contacts into sites like Facebook they are effectively trapped. Google users will still be free to export their contacts from our products to their computers in an open, machine-readable format–and once they have done that they can then import those contacts into any service they choose. However, we will no longer allow websites to automate the import of users’ Google Contacts (via our API) unless they allow similar export to other sites.

It’s important that when we automate the transfer of contacts to another service, users have some certainty that the new service meets a baseline standard of data portability. We hope that reciprocity will be an important step towards creating a world of true data liberation–and that this move will encourage other websites to allow users to automate the export of their contacts as well.

Facebook has claimed in the past that there are sensitive issues around exporting contact information. But that hasn’t stopped it from pulling in whatever data it can. And it has also forged deals with both Hotmail and Yahoo that will let those services access its contact data. Google didn’t do a partnership with Facebook, so it doesn’t get the goods. 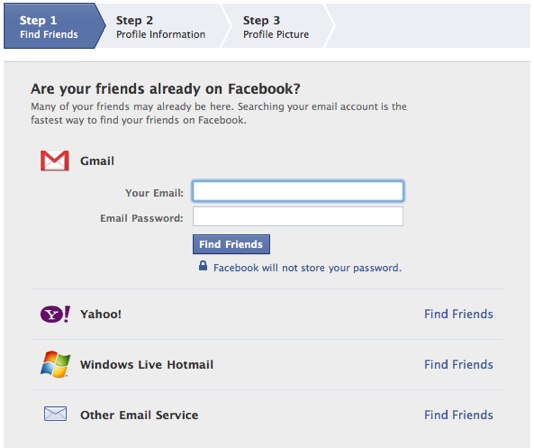 This one-way flow of contact data isn’t only impacting Google, either. Earlier this year Twitter launched a new feature that would allow users to see which of their Facebook friends were also on Twitter. After some initial confusion over what was going on, Facebook simply blocked that functionality (apparently over claims of too much API usage), which was pretty ridiculous. Months later, the feature is still disabled.

Which brings us back to why Google is doing this. Facebook has become a major threat to Google because of its exclusive ownership of the social graph (even if it allows other sites to access it via Connect, all roads go through Facebook). It doesn’t make sense for Google to die by its own sword, so it’s going to take the press hit that comes from this change so that it has better footing in the battle over social.

And yes, there will be a backlash. Google has long benefitted in the press from its promises and promotion of openness. This is a move toward being more closed, though Google is positioning it as a strategy to help make the web more open in the long-term. That may ultimately prove true, but the underlying motivation is clear — this is all about competing with Facebook. And it sets an ugly precedent: if Google feels threatened, it will tweak its degree of openness accordingly. It certainly wouldn’t be the first company to do so, but its shield of ‘Open’ is getting some deep cracks. That said, Google does still let users download their contact data (which Facebook doesn’t do at all), so it’s hardly locking users in here. It’s just making the process to get your Google data onto Facebook more involved.

So what does Google want from Facebook? Their definition of reciprocity requires that any service accessing its Contacts API offer an API of its own with similar functionality. This means it wants an API that it can access programmatically, without requiring the user to download and then re-upload a spreadsheet of contact data. Sources close to Google tell us that this policy will be policed on a case-by-case basis. In other words, it’s highly unlikely that Google is going to go around verifying that every startup to access its Contacts API also has an export API of its own — they’re just going to go after the big offenders.

This won’t spell Facebook’s doom — not even close. Facebook can pull in data from other email providers like Yahoo and Microsoft’s Hotmail, and it already has a massive amount of information that’s been imported via existing users. It also acquired a company called Octazen that, from what we’ve heard, is an elite team of professional data scrapers and contact importers.  Now that it has contact information from 500 million users, my hunch is that Facebook can simply ask for your Gmail email address and connect you to dozens of contacts without even needing to access Google’s API.

And, if it really came down to it, Facebook has one other way to get Google’s contact data. Google is going to still allow users to download their contacts in a spreadsheet — Facebook could simply ask users to upload that file.