We’ve gotten word that niche ad network Betawave has as of today run out of money to continue operations. Betawave integrated ads and products for a portfolio of sites primarily in the gaming, mom and teen verticals.

Some publishers have not been paid in 6 months and were only hanging on to see if Betawave would merge with Realgirlsmedia, a deal which apparently fell though according to a source. Betawave confirmed to TechCrunch that they are now in discussions to sell the business with the following statement.

“We had a great run, we are really proud of our people. We were severely affected by the economic downturn last year, which left us in a very difficult position this year.  We managed to make it through most of the year, but weren’t able to achieve profitability.

Some of our assets and our intellectual property will be acquired by third parties and we think many of our employees will get picked up as well.  In the end, we know we made an impact by the number of different companies espousing many of our philosophies.”

We last wrote about Betawave back when they were child-oriented media company GoFish and had just raised 22.5 million in financing. I’m being told that most of that money went to paying off debt. 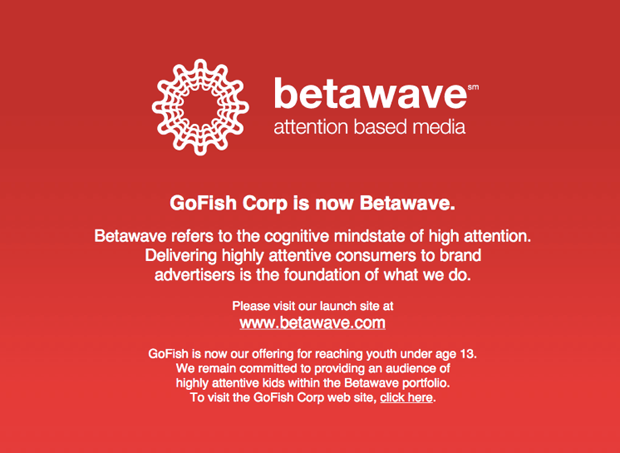