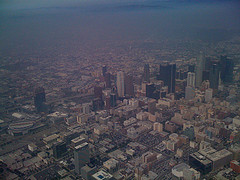 Just ahead of today’s midterm election, California regulators established a preliminary model for a greenhouse gas cap-and-trade system. The system is intended to help the state control industrial greenhouse gas emissions in aggregate in adherence with its progressive, controversial AB32 air pollution law which legislature passed there in 2006.

Currently, California requires reporting by (and third-party verification of) facilities and companies that emit 25,000 tons of greenhouse gases or more each year. Originally, AB32 laid out plans to reduce carbon dioxide (CO2) emissions from industrial sectors and electricity by 25% by the year 2020 restoring them to 1990 levels.

Fuel suppliers would come under the air emissions “cap” in 2015. The program would begin to take effect in 2012, with the California Air Resources Board (ARB) monitoring and enforcing the law.

The midterm election results in California will determine if AB32 remains on course. Proposition 23on the state’s ballot would suspend the air pollution control law until unemployment in the state drops to 5.5% or less for a full year.

Many cleantech entrepreneurs and institutional investors want AB32 to proceed, as its enforcement could accelerate the uptake of their companies’ services and products, and help the country maintain a leadership role in the global, cleantech market.

Environmentalists believe that AB32 could help the state and its residents potentially save as much as they spend to achieve better air quality and energy efficiency; and that it would create green jobs for the region. California is working with other Western states and Canada to devise a wider, regional cap-and-trade system.

Meanwhile, Proposition 23 supporters— who seek to suspend AB32— believe that enforcing the strict air pollution controls now will reduce California’s gross state product enough to choke billions of dollars out of the state each year, perpetuating high unemployment; that the air pollution law would cause an increase in the cost of public services, especially transportation; and that there are better ways for California to combat environmental problems.

The cap-and-trade system’s preliminary design allows companies that operate well within the state’s emissions limits to opt-in, initiate reporting and begin selling their offsets to polluters. A full banking and trading system, it would also allow companies to make up for some of their carbon emissions through programs like planting trees, or destroying ozone depleting substances.

A sample scenario: a company that emits 100 tons of greenhouse gases in a year, once the controls are in place, would be allowed to emit 90 a year by the state, but would make up for the rest by reducing two to ten tons through improved operations, and up to eight tons through other programs outside of the cap.

Some industries will have to adapt more quickly and others will be given a bit more leeway should AB32 escape suspension. A Scientific American feature story on the trading system yesterday explained:

The system will cover 85% of the state’s industrial emissions by the time it ends in 2020. At the outset of trading, in 2012, industrial sources and electricity generators and suppliers responsible for more than 25,000 tons of CO2 per year will be covered; in 2015, it will expand to cover transportation fuels and fuels combusted at industrial, residential and commercial buildings that are not otherwise covered directly. The cap is being set at business-as-usual levels for 2012 and will decline linearly after that, except to include transportation fuels in 2015 at their anticipated business-as-usual level…

Oil and gas extraction and paper, glass, cement, lime, iron and steel manufacturing are among the industries that California has decided to protect the most by giving them 100 percent of their allowances through 2020. Food producers, sawmills, breweries and pesticide and clothing manufacturers are among those in the second tier, receiving 100 percent at the outset but ratcheting down to 50 percent by 2018. Medicine and aircraft makers are in the bottom category, with 30 percent of their emissions burden covered by the end…

Image: L.A. and smog from the air by Scazon