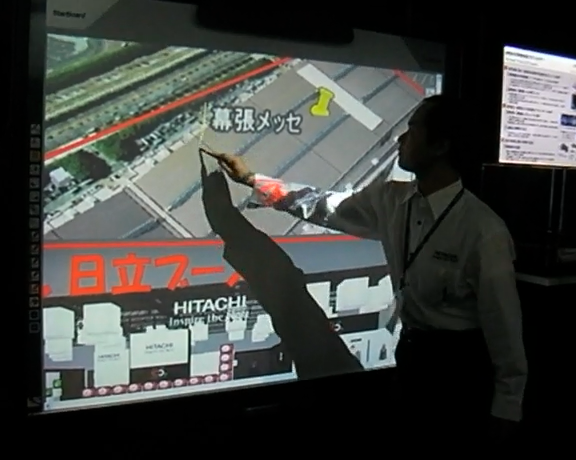 Smith’s EV technology is also constantly compared to traditional diesel, gas and alternative fuel combustion engines. Hansel believes his trucks have to dominate based on performance and cost savings in light of this. Even the company’s logo is orange not green.

The CEO emphasizes the relative price predictability of electricity over liquid fuels instead of strictly environmental benefits. In 2008— the year Hansel joined Smith Electric—  the transportation sector used 13.88 million barrels of liquid fuels per day, and the industrial sector used 4.75 million in the United States according to the Energy Information Administration of the U.S. Department of Energy. Liquid fuel demand is expected to increase, with those sectors using 14.27 million and 4.82 million barrels of liquid fuel per day by 2015.

The cost of liquid fuels (primarily petroleum-based) fluctuates more dramatically than electricity’s. The prices are impacted by crude oil production, world oil pricing, taxes, and advances in fuel technology. Meanwhile, electricity can be generated from renewable sources, on or off the grid (like a rooftop solar array) and purchased from a utility at a price that’s locked in over the long-term.

For every gallon of gasoline used, according to the U.S. EPA 2,421 grams of carbon dioxide (CO2) are emitted into the atmosphere, and 2,778 grams per gallon of diesel. The greenhouse gas emissions could also be taxed in the future.

Hansel’s cost savings message resonated with some major corporations, including Staples, Frito-Lay and Coca Cola. Currently, The Smith Newton is the only all electric, medium-to-heavy truck offering on the GSA schedule, which means soon Smith Electric may count the U.S. military a large customer.

Hansel spoke with TechCrunch this week about how Smith is convincing American fleet managers to try electric trucks, and some of the challenges the company faces as it scales to meet the demand. (Interview after the photo.) 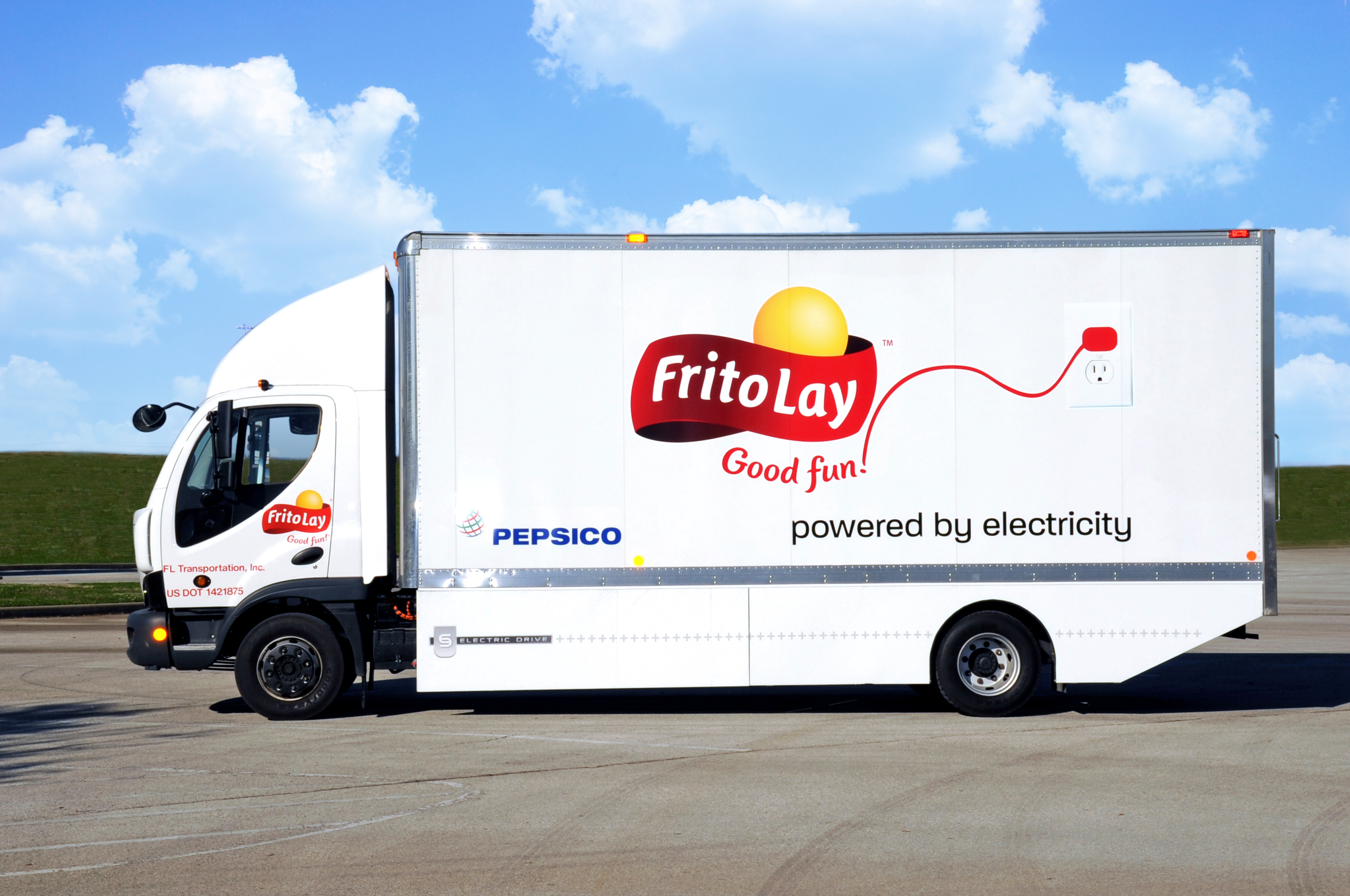 Smith Electric Vehicles was founded in 1920 in the UK. How and why did you join the company?

I never thought about designing vehicles, or woke up and said ‘I’ll be the electric truck guy,’ but I had been around mechanical engineering and manufacturing my entire life. I ran a product development company for more than 15 years where we helped bring products to market for Fortune 500 companies— that was Virdev.

This particular opportunity came about for me when a friend of mine acquired Smith [in the UK] and had brought its technology and business to the strong state that it is in today. He said, ‘hey, you need this technology that I’ve got [in the United States].’ He knew that I understood what it takes to scale product, drive costs out, and that this was in my fiber.

It really happened this quickly. On a Friday, I sold a business making medical devices in October 2008. By Monday, I was thinking about bringing electric trucks to North America. I had closed a deal to license the technology by January of 2009.

How do you deal with “haters,” people who don’t believe electric vehicles will ever be on par with combustion engine vehicles, or worth the investment?

Personally, I don’t run into these people. That’s because I’m not in a consumer environment. I’m not telling anyone ‘Here’s an electric vehicle that’s going to replace the sports car or family sedan you’re so emotionally attached to already.’ In the business to business environment that we focus on, people make logical financial and operational decisions.

We talk to customers about the ten-year total life cost of their fleets and individual vehicles. We ask them, ‘Can you predict diesel fuel costs for ten years? How would you like to do that versus buying electricity at a more predictable level?’ If they buy a new diesel truck today— Smith Electric vehicles end up being 80% cheaper on a per mile basis from fuel savings.

Over ten years, for total life cost, if you’re driving about a 50-mile route every day, and coming back to the place to recharge overnight, at a central depot, then they’re at least 50% cheaper.

What about your business keeps you up at night?

I’ve been overwhelmed by corporations saying ‘We’re ready to go, we’ll take thousands of vehicles! Can you build em?’ There’s nobody ready to supply those parts. People are telling them the battery supplies and motors are just around the corner. It’s not quite that easy.

We have to sell our suppliers on the fact that we have orders. We work with one company that was a supplier to the EV-1! They have hung around and maintained in the industry this long, and they’ve heard every story. One company in the industry said it would build 200,000 hybrid-electric vehicles. They only made 25,000. So suppliers have reason to be cautious, I understand.

We have to do everything we say we’ll do to win them over. And we have to trust them. What has kept me up is trying to give them disclosures. Should we put them in touch with our customers, directly? We’ve done so with Frito-Lay, Coca Cola and Staples. We’ve had our clients and suppliers— and some of them regard each other as competitors— in the same room, talking about their various challenges of adoption.

How many Smith Electric Vehicles are operating in the U.S. already?

There are more than a hundred out there already. Hundreds more will be on the road domestically by early next year. We also have a Department of Energy grant to deliver 510 vehicles that will ship before the middle of next year. We’re certainly ramping up production. The vehicles each have on-board data collection. We’re real time downloading data to understand how they’re being deployed, how they’re working and what’s optimal for our customers.

Who have been your most important customers to date and why?

They’ve all been pioneering and important strategic launch partners. We actually said no to potential clients, at times. When you are a company that’s new to the U.S., it’s hard to say ‘We’re not selling to you yet. At this time, we’re only selling to launch partners.’

A focused strategy has worked for us, and created a level of demand that’s unprecedented in the sector here. It was a magic bullet. Prospective clients wanted us to electrify other things, or sell quantities we wouldn’t sell. A more focused strategy helped us maintain a higher quality overall.

Our largest order came from Frito-Lay. I have to give them credit for being visionaries. They have dedicated staff, engineering and fleet managers to bring their electric vehicles program online, and make electrification work in their business.

Your trucks can’t plug into the wall, or recharge at EV stations that are becoming more pervasive in the U.S.— would you ever go into building EV charging stations for trucks?

We have a three-phase, 60 amp service requirement, and all the charging technology is built into our trucks. Today, it’s true that there is no commercially available charger for our trucks. EV charging station companies [like Coulomb or ClipperCreek] don’t have a product available for us yet.

If they do bring something to market, that would help push our customers in that direction. Right now, customers have a central depot or warehouse setup. The trucks go back and charge at the same place when they’re not in use. While commercial availability of EV charging stations is part of the evolution of our business, we’ll never build charge points. It’s not part of our service offering.