It’s very apparent within seconds of sitting in the 2011 Ford Edge Sport that it’s different. It feels like the future. There are two LCD screens flanking a lovely analog speedometer, flush mounted inductive-type controls on the center stack and of course, a large infotainment screen. It’s like a car from the future! (It’s not)

Inside is the latest generation of Ford’s in-vehicle system. Dubbed MyFord Touch, it’s reach and capabilities are unlike nearly anything else in the same price range. But this system isn’t just stuck in the center stack, tasked with the job of controlling the climate and radio. The MyFord Touch is also in the dash cluster in the form of two LCD screens. This is where it gets interesting and validates its place in Ford’s future. 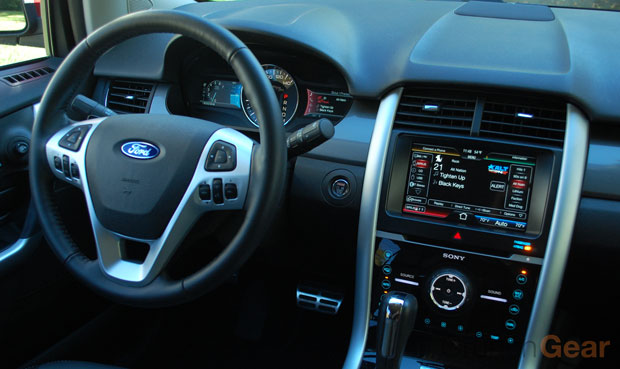 The center-placed 8-inch infotainment screen is just about what you’d expect with controls for media, climate, and connected phone. It’s pretty standard stuff. However, the Interface is laggy — really laggy. There’s a good second or two between pressing the button till the action is preformed. It effects even silly things like changing the radio station.

Ford says that the hardware behind the interface should be powerful enough and instead blames the lag on the software, which is part of the Microsoft Auto 4.0 software platform. Honestly, though, it doesn’t matter. The lag is unbearable at first, but overtime you kind of get used to it — I can only assume in the same sort of way people live with herpes.

The system’s saving grace is that it’s actually a very robust control panel. There’s a lot of stuff in there. It supports everything from streaming audio over Bluetooth, local file playback from a USB drive or SD card, and text messages can even be read aloud. The entire vehicle can even be turned into a hotspot off of your Bluetooth connected phone’s data connection. 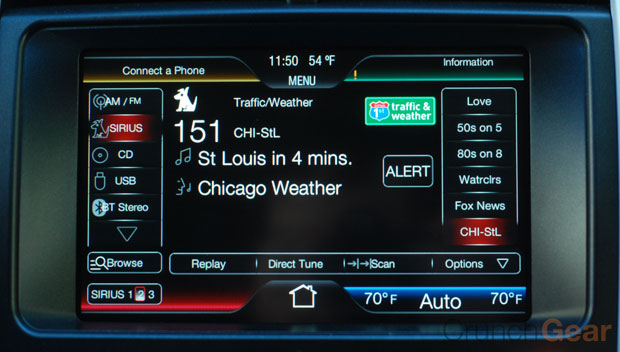 However, the interface is a bit overwhelming. There’s quite a bit much happening on each screen. I’d venture to say it’s not for everyone. Smartphone users will be fine. It’s those folks that can’t handle anything more than a RAZR that should probably not opt for the $1000 option.

The best part of the entire vehicle isn’t the 8-inch screen. Nope, it’s the two LCD screens on either side of the large speedo. The one on the right relates to media info, climate control, and connected phone options. The left side however relates to the vehicle itself and is totally configurable. It can display live fuel economy, AWD status, a tach with a thermometer — nearly anything a driver would want.

Both screens are controlled via their own directional pad on the steering wheel. It’s a simple and easy control scheme that’s really not that distracting. Unlike the center 8-inch screen, there’s zero lag with this system as it should be. These two screens are a lot like what we expected the 2010 Range Rover Supercharged to be like. That truck offered a full LCD for the gauge cluster, however, it isn’t utilized. There is so much more info and options with the MyFord Touch system. Strange seeing how there’s a $60k price gap between the two.

I love the system in the 2011 Ford Edge Sport. The capabilities far outweigh the laggy interface. However, I can see people finding the systems too much or never utilize them at all. That’s fine, the systems don’t come standard anyway. But Ford together with Microsoft are clearly taking in-vehicle systems into the computer age. Finally.

More to come later in the week. 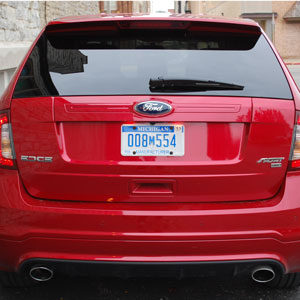 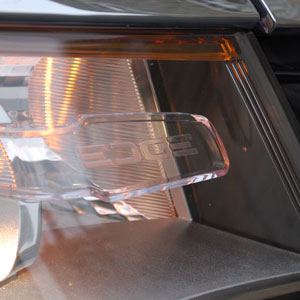 A Week In The Technology-Packed 2011 Ford Edge Sport