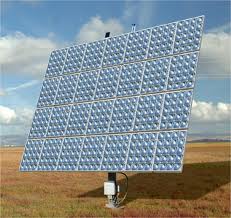 Americans exporting renewable energy resources to the Middle East? It’s not opposite day.

The plant will be the first in Saudi Arabia to use concentrator photovoltaic solar power systems, or CPVs according to a joint press release from SolFocus and Vision. In general, CPV systems consist of solar cells and optics that concentrate sunlight onto the cells increasing their power output and, in the end, decreasing the cost of solar-generated electricity in sunny, dry environments.

Saudi Arabia is the world’s largest producer and exporter of total petroleum liquids according to theU.S. Energy Information Administration.

At the 2009 United Nations’ Summit on Climate Change, Saudi Arabia’s negotiator Mohammed Al-Sabban expressed disbelief that global warming is caused or accelerated by humans, and was concerned about the likely economic impact to the Organization of Petroleum Exporting Countries (OPEC) if others reduce their use of oil.

Still viewed as an obstructionist by global sustainability advocates, Saudi Arabia began investing in renewable energy recently. Why would the OPEC leader warm up to solar? First, the region gets a lot of sun.

Co-founder and chief of technology at SolFocus, Steve Horne, also explained on Wednesday:

“The Saudi king has recognized climate change, and wants to reduce the carbon footprint of the country. A significant percentage of the oil that’s extracted from Saudi Arabia is used internally. That’s what they’ll be able to offset by using renewable energy. The king is interested in exporting renewable energy as well. There is a process of putting together a transmission line that runs up the east coast towards Kuwait, now. The king has a long-term vision for the country as a generator of renewable energy.”

“The high sun conditions of the Middle East provide an ideal environment for reaping large-scale, low-cost solar energy from CPV systems. Together [we] will bring the world’s most efficient and resource-friendly solar technology to Saudi Arabia, providing energy diversification for the country.”

The project developers, Vision, will also build and install additional solar power plants within the research centers at the King Abdullah University of Science and Technology (KAUST) and throughout Saudi Arabia.

Hassan Chahine, general manager at Vision said in a press statement: “This is a breakthrough in Saudi Arabia’s thrust for energy diversification. We believe the Bahra plant will serve as a model for the further research and study of clean water and power solutions that diversify the region’s energy mix.”