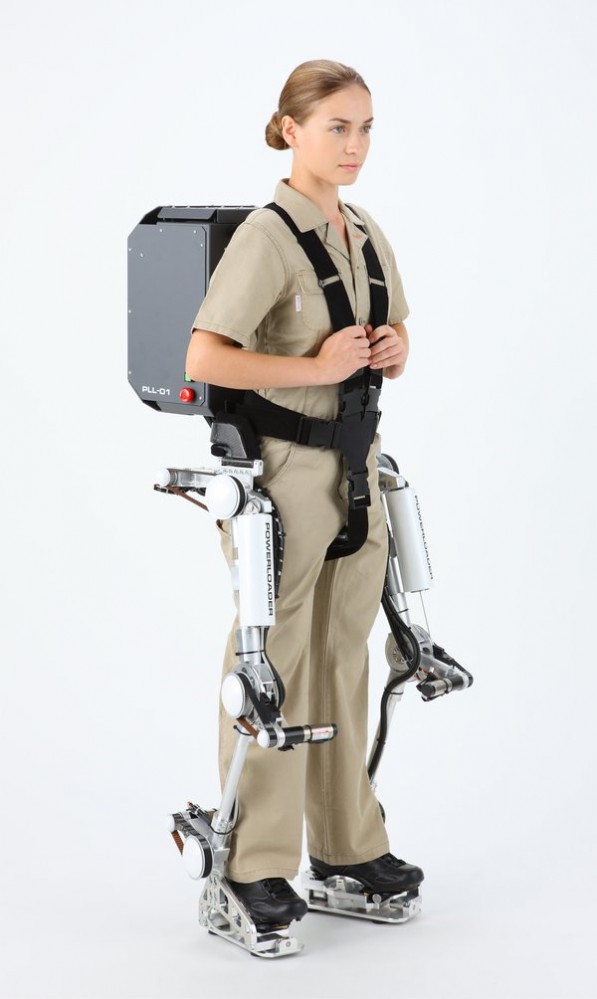 In January this year, I blogged about Power Loader, a power-amplifying robotic suit that enables humans to carry loads of up to 100kg. Developed by Tokyo-based robot venture Activelink, a venture spun off from Panasonic, the mecha is awesome but will not be quite ready for 2015 (as a practical version).

That’s why Activelink now developed another version [JP] of the suit. Dubbed Power Loader Light, the new model is primarily designed to boost the power of the legs (by up to 40kg/400N). The suit itself weighs 38kg, with Activelink saying buyers can “personalize” it by choosing specific designs or colors.

Granted, the Light version is not as cool as the original, but it’s actually commercially available: pay $233,000 and one unit is yours. Universities and similar institutions can get it for $122,000 under certain conditions.