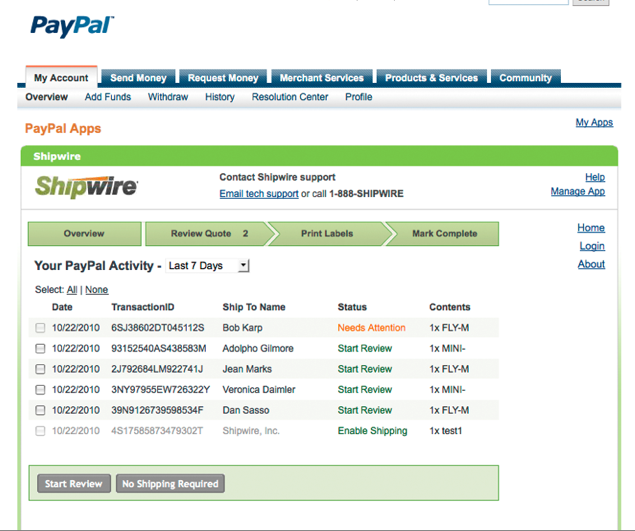 Today, at the company’s developer conference in San Francisco, PayPal is releasing an embedded apps platform that will give PayPal developers a fully integrated set of small business, and buyer and seller tools that enhance PayPal’s payments platform.

PayPal Apps allows developers to embed applications directly on the PayPal website and offer SaaS apps which enhance PayPal’s services. It’s similar in theory to eBay’s apps for Sellers. The new platform, which is launching with a number of pilot partners today, will be released to the public next year.

For example, shipping and order management startup Shipwire Anywhere has partnered with PayPal to gve developers a complete suite of shipping tools and multi-channel order management to manage their shipping without leaving PayPal.

Other initial apps partners include Bill.com, CreditKarma, Expensify, Freshbooks, and Zuora are already building apps into PayPal.com. A marketplace will be launched next year.

And PayPal launched its new micropayments product this morning, and announced Facebook as an initial partners.