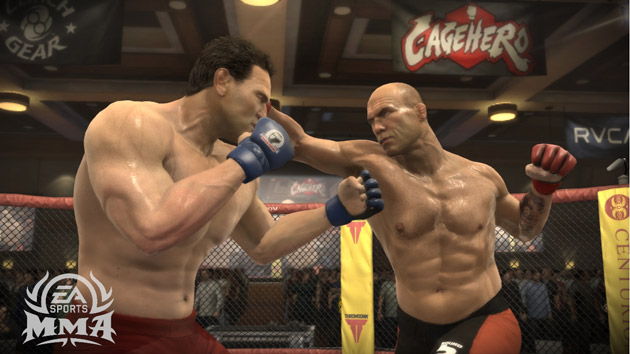 It’s a shame because the game isn’t too bad. Not that I’ve bought it, mind you, but the demo was fun and the reviews aren’t bad. I didn’t like how it bills Alistair Overeem as being from England (yeah, he was born there, we all know that he’s Dutch), but what are you gonna do?

The problem, nearest I can tell, is that EA got behind the idea that an MMA game, regardless of which fighters or promotions it featured, which sell well.

Clearly that hasn’t happened so far (and you wonder how well that other MMA game will do).

And given that THQ has wrapped up the UFC license for several more years, it looks like EA is going to have to hope and pray that Strikeforce miraculously becomes popular real quick.

It’s too bad because Strikeforce has a bunch of good guys, and EA Sports MMA was probably its biggest chance to get some exposure. (Hardly anybody watches its Showtime shows, and there’s no new CBS show in the works, owing to that brawl last April.)