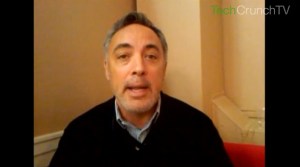 As he explains here, Paul spent the latter half of last week in Maine for PopTech.

Which is great because while he was outside the Valley he was eligible to be a guest on Why Is This News. In this week’s episode, then, he talks about his highlights of the conference and elaborates on his comparison between it and TED. Meanwhile Sarah finds herself in the unusual position of being the one defending TED.