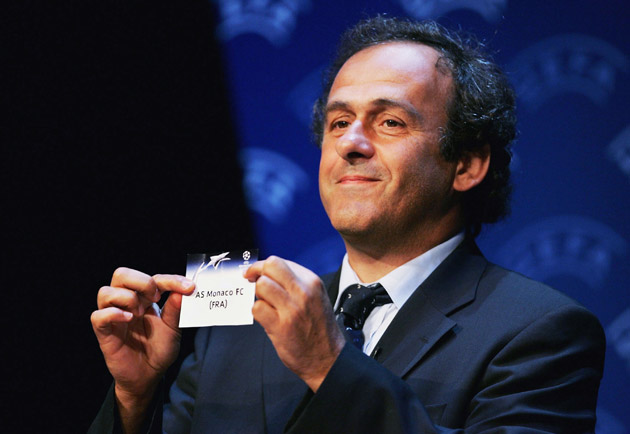 Rather than rely on goal-line technology, Platini says the solution is putting an extra official (referee) on the goal lines, as well as to instill a better sense of respect for the word of the referee.

I don’t think anyone is opposed to respecting the referees a bit more (though the Respect campaign was always a bit silly), but that’s not what we’re talking about here. All I want is for when the ball crosses the line, I don’t know, a light turns on, like in the NHL. Will that really destroy the game?

Hilariously, Platini said the addition of goal-line technology would lead to “PlayStation football.”

By that I guess he means accurate football.

I’d be more willing to listen to arguments about the encroachment of other forms of technology in football, but the lack of goal-line technology in nearly 2011 is pretty much unacceptable.

And seriously: people who say that, oh, the game needs controversy like Frank Lampard’s disallowed goal against Germany, just go away. You’re defending a wrongheaded practice (the lack of goal-line technology) for your own selfish reasons, namely so that you and your mates can have something to argue about after the game.

Man this debate is annoying.