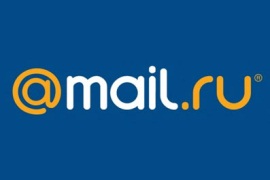 Mail.ru Group, formerly known as Digital Sky Technologies and notable investor in Internet sensations Facebook, Groupon and Zynga, among others, has filed for a $876 million IPO on the London Stock Exchange that would value the investment firm at up to $5.7 billion.

That valuation is higher than expected (earlier reports predicted a $5 billion valuation).

Mail.ru, which includes largely Russian e-mail, social-networking and gaming sites, will float just over 3 million new shares and 28.59 million existing shares in the form of global depositary receipts at between $23.70 and $27.70 per GDR, it said in a regulatory disclosure.

Shares will be admitted to a Standard Listing on the LSE under the ticker ‘MAIL’.

To be clear, Mail.ru Group is the new name for DST’s Russian holding – its international investments are handled by DST Global, which has retained its name and will not float.

Part of the proceeds of up to $876 million (which, for your reference, would be slightly more than the total of capital raised by Facebook since its founding) from Mail.ru Group’s IPO will be used to increase the company’s stake in Russia’s biggest social network, vKontakte.ru, reports Russian business paper Vedomosti.

Mail.ru Group, which already owns social network Odnoklassniki.ru and ICQ, plans to buy a 7.5% stake in vKontakte for $112.5 million, increasing its equity stake from 24.99 percent to 32.49 percent. The investment values the site at $1.5 billion.

Mail.ru is also purchasing an option to acquire an additional 7.5% stake in vKontakte over the next year, which if exercised would bring its stake to 39.99%.

Goldman Sachs and J.P. Morgan Chase are acting as joint coordinators for the IPO, and the banks are working with Morgan Stanley and VTB Capital as joint book-runners in connection with the offering.