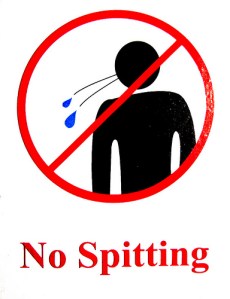 If you drew a Venn Diagram between San Francisco hipsters and people who work in and around the Web industry it’d look like a more shoved-together version of the MasterCard logo. While many of the largest technology companies of the last few decades’–like Apple, Cisco, Oracle, eBay, Yahoo, Google–were based on the peninsula, Web 2.0 has unabashedly been centered in San Francisco. Facebook, LinkedIn and YouTube were founded on the peninsula, but that’s about it. TechCrunch recently moved from Palo Alto to the city and Twitter, Zynga, Yelp, Digg and dozens more are within an easy walk from our offices. Just upstairs from us are Yammer, ShopItToMe and OpenDNS.

Implicit in almost every single Web 2.0 startup is the idea of scaling quickly– whether it is raising angel money to focus on getting a product out – revenues-be-damned – or pulling any viral trick in the book to make sure that millions adopt your application or go to your site. The obsession with heady user numbers is only escalating with the reliance on advertising-based business models, since most large ad businesses need 15 million uniques or so to make sense.

Getting big, fast is even more the name of the game now than it was in the late 1990s, with many startups not even building much of a business — just developing the product and hoping a larger company will buy that coveted traffic and user engagement. And the faster all that can all happen, the better.

Go to any hipster, grungy bar in San Francisco. Ask the first five hoodie-wearing people you see what they do, and you can be sure at least two say they work for a startup. And if your next question was “How big are you guys?” no one would flinch… and each of them would try to pad the answer. Big is good in startup land. Getting big, fast is what separates startups from small businesses. Doing that over-and-over again, decade-after-decade is what separates the Valley from nearly anywhere else.

And yet, when it comes to the non-Web, brick-and-mortar retail business in San Francisco an ugly, self-righteous, vitriolic hate is emerging against anything successful enough to have more than one or two locations. Last week there was an ugly blow up around a local, high-brow coffee vendor, Blue Bottle Coffee, who wanted to open a coffee truck in Dolores Park– the center of San Francisco hipsterdom in the Mission district. The kerfuffle is something many of our readers wouldn’t care about, but it strikes at the heart of what has made Silicon Valley great– despite being geographically in the heart of modern Silicon Valley. In short, locals were so incensed that they didn’t get adequate opportunity to approve or disapprove of this “chain” coffee store opening a non-permanent location in their neighborhood that an army of people threatened to boycott, protest, and — believe it or not– actually spit on employees as they went to work their first day.

A reaction against national chains or big box retailers that hurt local mom-and-pop businesses is one thing. But this is so sad and crazy that it makes tea partiers look rational. For obvious reasons, a local business that has been successful enough to open seven stores isn’t the same as a national chain.

When Starbucks locations were popping up throughout America, you saw similar reactions to a big corporate coffee chain running out small mom-and-pops. But Blue Bottle is a Bay Area company with just seven locations. Somehow the same city– the same cultural mix– that supports a Web startup going from an idea to a global powerhouse in a matter of months rushes to tear down a retailer that’s been successful enough to open a few stores in just a few of the modestly-sized city’s cloistered neighborhoods. It’s as if Silicon Valley’s much-trumpeted meritocracy only holds true for the Web. When it comes to coffee? We don’t want the best-run, most popular local brands that have won in the local market; the same brand that mom-and-pop restaurants in the Mission serve and the same brand that you have to wait in line for 20 minutes to get just a few miles away. No, that should be hobbled and literally spit-upon.

It’s such a staggering juxtaposition of rewarding success on one hand and punishing it on the other. One of the most open, competitive systems of working capitalism, juxtaposed against a system that is downright anti-capitalist and protectionist to a rabid extreme– all in the same tiny geographic area. It’s so staggering that I wonder if the two are connected in a yin-yang relationship, like the sibling who is a clean-cut, straight A’s student and the sibling who is a rebel in reaction.

This isn’t the only example. Also last week, Trader Joe’s pulled out of a development in San Francisco’s Castro neighborhood in part because the city was forcing them to make patrons pay to park. This wasn’t a matter of economic necessity, this was a stated desire to control the type of shopping that could happen at Trader Joes. Because the traffic in the neighborhood is already so bad, the city wanted to discourage anyone who wanted to drive to Trader Joe’s for a quick, pick-up-a-few-things trip. The retailer rightly balked and pulled out. If Trader Joe’s is bringing a popular, low-cost, organic grocery store to the neighborhood, shouldn’t it get to dictate what kind of customer it would like? Now nothing is going in. But you made your point, San Francisco. Well done. Just this weekend, we see San Francisco colliding with Silicon Valley again with the city’s cease-and-desist for the popular UberCab.

A more striking collision of typical-Valley and San Francisco cultures was Supervisor Chris Daly’s uproar over a proposal to upgrade San Francisco’s port so that the city could host the America’s Cup. The price tag was $270 million–that’s nothing for this city— and was estimated to generate potentially $1.4 billion in economic activity, create 9,000 local jobs and help repair the aging Port of San Francisco.

Daly, one of only two dissenters, vowed to bring the entire thing down, personally in a long rant, followed by a press conference where he dropped f-bombs and said “San Francisco should not be going so out of its way, using the people’s money so that a billionaire can have his yacht race.” Or, I guess, using the people’s money to give several thousand people jobs. Daly even found himself on the extreme of the very progressive San Francisco Bay Guardian on the issue. Ellison has a lot of enemies, but most would probably admit that building the second largest software company in the world in San Francisco’s backyard and angel investing in other large locally-based companies like Salesforce and Netsuite has done more good for the area than harm. And calling the global sailing event “his” yacht race is extreme– even given the colossal ego of Ellison.

Similarly, I know self-made Internet millionaires who’ve bought old properties in transitional neighborhoods in San Francisco, only to give up on restoring them because they met so much neighborhood opposition to anyone “wealthy” coming in and rehabbing a historic property. Never mind, these aren’t trust fund kids. These are people who moved to San Francisco because it was a land of opportunity, started from nothing and took huge risks to build companies that employ hundreds of city residents. That’s called spitting on the hand that’s feeding the city– a city, which has steadily lost its relevance in industries like traditional media, finance and manufacturing.

The startup guys used to be the outcasts; the nerds in high school getting their revenge in the real world. Yet, somehow, in the city that benefits the most from their hard work, those nerds have become viewed as the jocks. Those who can’t or don’t start companies are tearing that meritocratic ethos down in the name of “looking out for the little guy.” But who is better for the little guy: An entrepreneur investing in building a profitable, growing company — whether its Zynga or Blue Bottle– or a self-important politician or neighborhood rabble-rouser? It comes down to whether you believe in a capitalist system. And despite the libertarian leanings of a lot of the Valley establishment, a big part of San Francisco is getting less capitalist in the name of being “progressive” every day.

When I first moved to Silicon Valley back in the 1990s, not only did most of the large tech companies operate outside the city, but most of the richest figures in Silicon Valley tended to live outside the city, either north in Marin, east in Walnut Creek or south in Woodside, Palo Alto or Menlo Park. If the city isn’t careful a similar flight is going to occur with the younger generation of entrepreneurs– just like Blue Bottle left Dolores Park, Trader Joe’s left the Castro, and Larry Ellison could very well pick Spain over San Francisco. Left in the city will be a bunch of bitter grandstanders who are too busy spitting on people–again, I mean that literally–who are trying to earn a decent wage at a coffee kiosk to actually start a company, create jobs or invest in making San Francisco a better place themselves.

Valley types spend a lot of time lecturing other parts of the United States and the world on what it takes to create a culture that celebrates risk and reward. Maybe we should take a look at the culture in our own stomping ground.