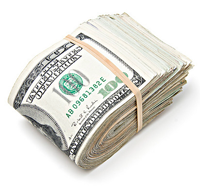 If we’re reading correctly, this patent filed in March is multiplayer gaming network Zynga’s application for the control of non-redeemable virtual currency and/or poker chips bought with real currency in virtual games, a.k.a US Patent Application #20100227675 for “Virtual Playing Chips in a Multiuser Online Game Network.”

While at first glance it seems like the patent’s strictures only pertain to poker chips, it explicitly references Zynga games Zynga Poker and Farmville in its “Examples of Embodiments” section, which delinates both “Non-Redeemable Virtual Currency” and “Non-Redeemable Virtual Poker Chips” as inventions that Zynga is claiming the rights to.

I am by no means a patent analyst, but tell me if this claim doesn’t read this way to you:

So from what it looks like, Zynga is trying to patent the the ability to buy virtual currency that can’t be traded for actual currency or “what happens in virtual stays in virtual.”

And, like a virtual Federal Reserve, the patent reveals that the company plans to enact fraud prevention systems in order to prevent users from paying other users cash for virtual currency within its games.

If this is what it looks like on the surface, it’s huge, as it seems like Zynga is attempting to patent a system that a) already exists in its terms of service and b) it has already pressed charges on.

In any case, its a pretty ballsy move on Zynga’s part, as the virtual currency market is poised to hit 1.6 billion in revenue this year.

Perhaps this is why Zynga has recently posted job openings for IP enforcement lawyers?

Full text of the Zynga patent, below.