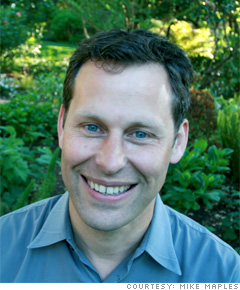 If you are a entrepreneur– especially a first time entrepreneur or an entrepreneur outside of Silicon Valley– you need to stop what you are doing and watch this video. Yes, it is 45 minutes long. But it’s worth it.

Last night at a Founder Institute event, super angel Mike Maples gave a talk about what he calls “pivots” and “thunder lizards.” Thunder lizards are startups born from atomic eggs that “emerge with attitude” want to disrupt and chew up their competition– both new world and old. They are big, chaotic, relentless and when successful, become huge companies. What helps make a thunder lizard successful is something Maples calls the “pivot.”

To some corners of the business world that may seem obvious, but in today’s build-a-product-throw-it-out-there-and-flip-it startup culture it is actually contrarian. A big reason? Pivots are really hard and painful to do.

In the talk below, Maples walks you through three examples he invested in: ngmoco, which did a pricing pivot; Chegg, which did a product pivot; and Odeo/Twitter, which did an entire company pivot. Maples doesn’t do that thing that startup PR departments love. He doesn’t sugar coat how horrifying and uncertain these moves were at the time. He doesn’t make the startups or investors sound like they’d seen the future through some magical product/market oracle. He shows that each of these pivots were made out of semi-desperation, and he talks about how risky each move was. In each case the entrepreneurs had something, but not enough to make a big business and they had to throw that thing they’d already slaved over away in order to get to the larger business. Watch the video for the details.

I keep hearing from other super angels out raising funds that LPs are ga-ga over Maples and until this talk I wasn’t sure why. Now, I get it. In one talk, he details severals ways his investing model is distinct from the broader super angel movement: He still believes this business is about homeruns. He still believes you have to have a business model. He believes product fit isn’t just lots of people using your product, it’s about being able to make money delivering it, otherwise, it’s “wasted innovation.” He still believes that huge upside usually requires huge, gut-wrenching risk.

Maples isn’t new school, he’s old school working in a very new funding reality where costs have collapsed, funding rounds are smaller and, as he says in the Q&A, entrepreneurs have all the power. “If you can’t get into thunder lizards can you really make a return?” he says. “If you don’t have a competitive advantage to get in the top 15 deals of the year, you don’t have a business. That’s been true the last 15 years and that will be true the next 15 years.”

We saw a great example that the homerun nature of venture capital is still in tact yesterday when Kleiner Perkins Caufield & Byers announced its sFund at Facebook. Coming out of the late 1990s there were two top funds: Sequoia Capital and Kleiner Perkins. Sequoia kept believing in and investing in the Web– even during the post-crash aftermath. After the Friendster flame out, Kleiner Perkins did its own pivot to cleantech, with some partners even going so far as to say Web 2.0 wasn’t as big an opportunity. Clearly, the firm is zagging back. The reason they have credibility? Part of it is the firm’s history, but a lot of it is Zynga, and to a lesser degree ngmoco. Did Kleiner lose a step? Probably. They certainly missed a few of the Web 2.0 homeruns. But in the long run it may not matter that Kleiner didn’t believe in the movement when others were funding Facebook, LinkedIn and Twitter, because they got one of the top five companies in the wave and that’s what this business is about.

And, while we always like traffic-driving fights at TechCrunch, I give Maples class points for not taking pot shots at competitors, saying “I try really hard not to comment on how other people do their job.” He just puts up results. And the stories of the three companies he talks about show not only how those entrepreneurs can pivot, but how he as an investors pivots with them.