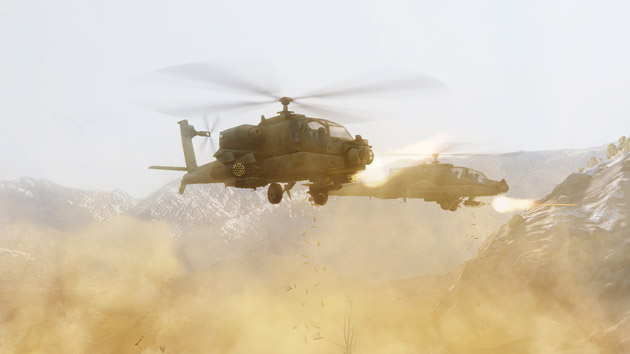 What’s the current console shooter landscape like? You’ve got Medal of Honor, Battlefield: Bad Company 2, Call of Duty: Modern Warfare 2, and Halo: Reach. Those are the big ones.

Halo: Reach has the best campaign of them all. If you disagree you’re wrong. It also has a multi-player mode that, really, is the best thing going today on Xbox Live. Being that most of my gaming takes place on a PC, my Xbox 360 is essentially a Halo: Reach-to-monitor adaptor. 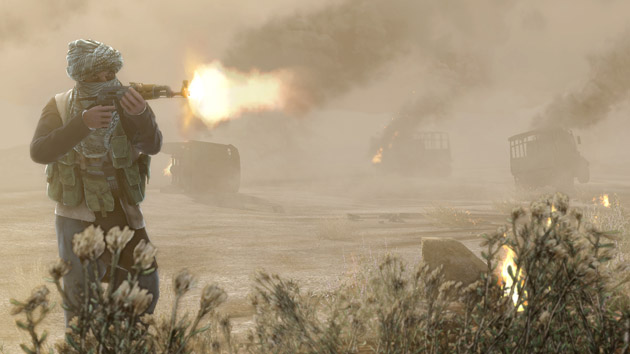 Modern Warfare 2 feels like a Kid Rock circa 2000 song: loud and aggressive for no reason at all. Pointless, and controversial for the sake of it. (And yet so many of you bought it!)

Battlefield: Bad Company 2 has too much camp for my liking. Like, I get that that’s the point, but that doesn’t mean I have to like it. Fine multi-player, though. So fine, in fact, that it makes its second 2010 appearance in the form of Medal of Honor.

And Medal of Honor is just sorta there, neither good nor bad. It tries to take the best bits of the above, and doesn’t exactly knock the ball out of the park in the process. Maybe a solid double. That’s fair.

So let’s tackle the campaign first.

All throughout the campaign, I have the sensation that, well, clearly the game wants me to be excited right now, but I’ve barely done anything to warrant the feeling. Rather than feel like I’m in the middle of some grand struggle, I feel like I’m merely a bit player who is occasionally asked, as if I’m being inconvenienced, to kick in a door or snipe some fuzzy figure in the distance. If you insist, mister. Keep moving forward, son. No problem: the rails prevent me from veering this way or that. Is that Link Park I hear? Wow. 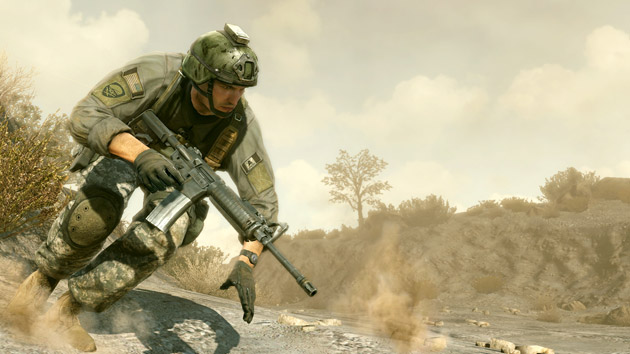 Too often the game feels more like an interactive movie than a proper video game. A symptom of a console shooter developed for the elderly Xbox 360 (the system is five years old in November)? Maybe, but I was told to prepared for Tier 1. Looks like I’ve overtrained.

You’re in Afghanistan (or hadn’t you heard?) in the days immediately following the 9/11 attacks. Your role is to help root out the bad guys (the Taliban and al-Qaeda, keeping in mind that they’re two separate entities). I guess asking for a story in a first-person shooter these days is like asking Brett Favre to complete a pass, so don’t go in expecting Deus Ex, or even BioShock. It boils down to: you’re a guy, it’s implied that those other guys have wronged you in some capacity, and now you’re encouraged to shoot them every so often. 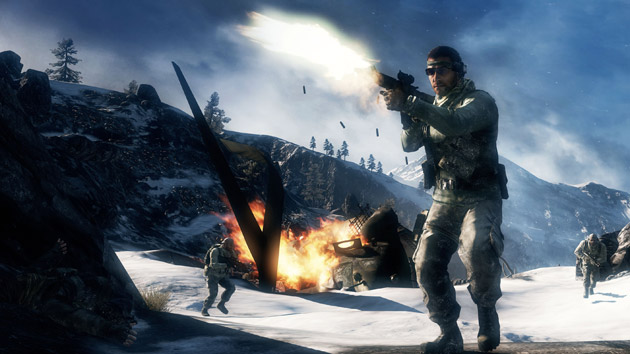 The campaign isn’t too, too long, maybe six to eight hours, so if you’re not into it, don’t worry: you can wrap it up in a weekend, easy.

And now the multi-player, which is where I assume you’ll invest most of your time.

I’m happy to report that the multi-player mode is really quite good.

But if you’ve never played Battlefield: Bad Company 2, you’re in luck! It’s right up there with Halo: Reach in terms of, “Yeah, I can pop in for 10 minutes, die 80 times, get seven frags, then log out.” It’s perhaps not as easy to sit there for hours on end like you can with Team Fortress 2, but that’s an almost unfair comparison to make. All the standard modes are here, from your basic team deathmatch to several variants of attack/defend that are straight out of Battlefield: Bad Company 2.

Before I close, because this has gone long enough already, I’d like to address the Taliban controversy that has enveloped the game. Clearly the people who complained about the Taliban’s inclusion have never played a multi-player game before. It really is a case of Red Team vs. Blue Team. You never once “feel” like you’re playing as the Taliban, just as you never really “feel” like you’re playing as an American soldier. You’re a floating gun 99 percent of the time. The only time you see “who you are” is after you’ve been fragged and fall to the ground like a ragdoll idiot.

Nowhere do you get the sensation that, oh boy, I’m playing as “the bad guys” and I’m shooting “the good guys.” There’s two teams, you’re on one of them (randomly assigned, by the way), and you’re trying to win the round. End of. 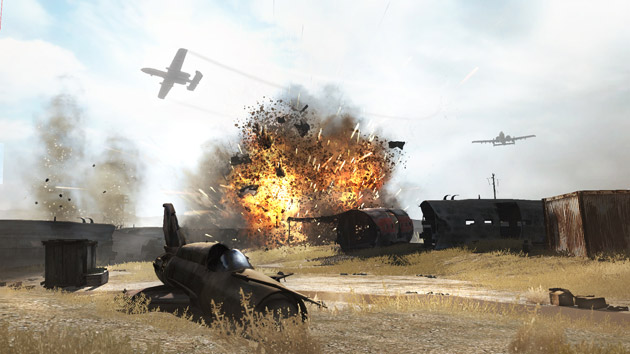 Conversely, the name change, to Opposing Force, does nothing to detract from the experience. The only time you’d see the word Taliban is in the loading screens. You know, “The coalition defends position A, Opposing Force attacks it.” I mean, you’re still fighting the Taliban and al-Qaeda in the campaign, so it’s not as if EA whitewashed the entire project to rid it of the T word.

So, all in all, an OK game. Nothing spectacular. The campaign is just sorta there, never really asking anything of you. The multi-player is worth a punt, but it will feel extraordinarily similar to those of you who already played Battlefield: Bad Company 2 earlier this year.