If there’s one thing I learned from my Kinect experience at E3, it’s that Microsoft is willing to spend obscene amounts of money to promote this thing. Even if it’s on a three-hour boondoggle more to do with a satyric bacchanal than a motion control system for an aging console. And that was just the beginning.

Five hundred million dollars is the apparent budget for the tidal wave of sponsorships and ads you’ll be seeing over the next few months, according to the New York Post. That’s equal to the budget for launching the original Xbox (more in today’s dollars), which if you’ll recall was a sum necessitated by the fact that Microsoft had no presence in the console field at all.

The ads will come in many varieties and target non-traditional demographics for games — families and non-gamers, primarily. After all, if you play games much at all, you’re likely up to date on the Kinect and mostly decided about whether you’re going to buy in. But a family of four going to Burger King may not be so well-informed, though by the time they leave with their Kinect-themed Whopper and Pepsi, they’ll know a little more.

Just kidding! He was just involved with the original unveiling. Not doing any commercials. 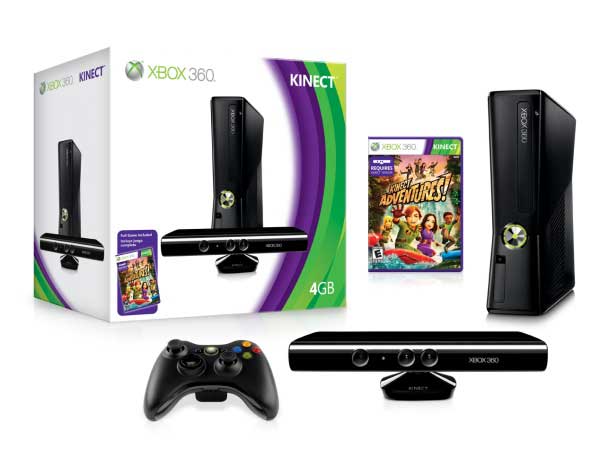 The $500m expended will be equal to about 3 million Kinects bought raw, or around a million new console bundles (4GB or 250GB). That sounds like a lot, but the 360 is actually leading console sales right now, and a big push around the holidays for a family-themed attachment could actually bring in the kind of numbers that would justify a half a billion dollars in ads.

That said, we still haven’t seen the ads. If they’re anything like the oblique Seinfeld ads, the toothless I’m A PC ads, or the baffling Kinect event, they would have been better off further subsidizing the expensive hardware.