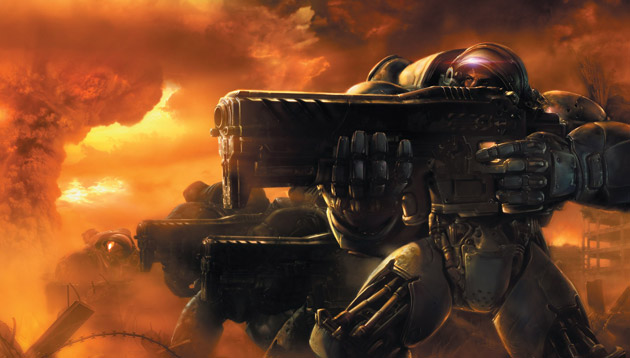 GameSpot has the scoop, but Rock, Paper, Shotgun has chosen to focus on one particular aspect of these legal shenanigans. That is, Blizzard’s claim that copying portions of the StarCraft II code into memory (your RAM) is a violation of the game’s end-user license agreement and terms of use.

When users of the Hacks download, install, and use the Hacks, they copy StarCraft II copyrighted content into their computer’s RAM in excess of the scope of their limited license, as set forth in the EULA and ToU, and create derivative works of StarCraft II

“In excess of the scope of their limited license,” you say? Look, I’m not one to cheat while playing games online (permaban, I say), but that particular phrase sounds like it came straight out of a William Gibson novel.

The suit guess on:

The harm to Blizzard from Defendants’ conduct is immediate, massive and irreparable. By distributing the Hacks to the public, Defendants cause serious harm to the value of StarCraft II. Among other things, Defendants irreparably harm the ability of Blizzard’s legitimate customers (i.e. those who purchase and use unmodified games) to enjoy and participate in the competitive online experience. That, in turn, causes users to grow dissatisfied with the game, lose interest in the game, and communicate that dissatisfaction, thereby resulting in lost sales of the game or ‘add-on’ packs and expansions thereto.

There’s a lesson to be learned: don’t cheat while playing games online.

Thoughts? A longtime player of the game, who shall remain nameless, told me that Deathwing’s voice actor is suffering from “Dark Knight syndrome.” You know, putting on a voice to sound throaty and gruff.

DX11 support is much appreciated, however (now that I know to disable CrossFire in order to get it to work properly!).