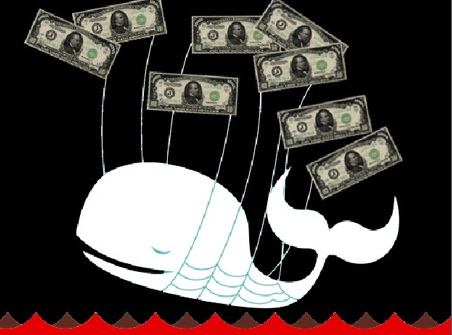 Twitter was valued at one billion dollars in its last round of financing, but we believe it may in fact be severely undervalued relative to Facebook because Twitter’s value proposition is less obvious.

Facebook has utterly dominated the definition of the “social graph” to the point that conventional wisdom in Silicon Valley says that they have “already won social.” Few analysts seem to notice that the particular definition of “social graph” promulgated by Facebook—people you already know in real life—is not the only possible social graph. In fact, Facebook’s future revenue will actually be built on top of another social graph: the social interest graph, aka Pages & Likes.

Twitter’s social interest graph is potentially a huge cash machine that will lift the company out of the red and into the black . . . (Naval certainly hopes so).

An interest graph differs from the “people you know in real life” social graph in that it is:

It should already be clear that the interest graph lends itself brilliantly to commerce.

This explains in part why Facebook is potentially very lucrative: it owns the somewhat-buried interest graph constructed through all of the shares coming from our Facebook friends. As its News Feed grows, so will Facebook’s version of the interest graph.  The interest graph makes itself most explicit in Facebook Pages, which also works on the principles of one-way following, shared interests, public streams, and aspirational relationships.

But Twitter is in theory even better positioned than Facebook to capitalize on the social interest graph. Its keys components are:

By excelling at all three, Twitter is demonstrably superior to Facebook Pages, at least, along specific axes related to revenue potential.

Facebook, as we noted earlier, maintains two separate graphs from the user perspective: a social graph and an interest graph. For most Facebook users, the former is vastly more important than the latte—no one joined Facebook so they could follow Justin Bieber’s Fan Page. Twitter’s graph by contrast is fully interest-based: people use it to stalk celebrities, not to stalk ex-girlfriends from high school.

Twitter’s graph reflects the power-law distribution of human nature. Social hierarchies are rigid and constraining, and slow down the flow of information. On Facebook, unless you are one of his 5,000 closest personal friends, you aren’t going to find out what Mark Zuckerberg likes. But on Twitter, when Demi Moore tweeted at a suicidal kid, she used the power-law distribution—aka celebrity—to help save a stranger’s life.

Twitter’s interest graph seamlessly accommodates whales, including celebrities, professionals, and increasingly businesses. By contrast, it is downright painful to maintain concurrent presences on the dual Facebook graphs—Facebook’s lack of tools to automate Profiles and Pages wastes energy, goodwill, and time. Twitter has no such ambiguity, and as a result it is growing its own kind of lightweight business-related engagement.

Twitter data is all assumed to be public by default. Therefore it can be indexed, crawled, searched, and aggregated. Value can flow across the graph to people who don’t know the original poster.

Businesses make money by connecting strangers. Even on Facebook itself, the most promising applications are there to connect strangers—Zynga, Zoosk, BranchOut, TopProspect. Facebook itself has struggled to allow strangers to connect in commercially-relevant ways: even now, Pages don’t allow users to talk to each other so much as potentially allow businesses to blast news or cupcake offers at their followers.

A follow is the ultimate opt-in. There is no clearer statement of interest on the Internet today, because you are giving permission for that person or entity to push data at you as much as they want as long as they’re interesting to you. Interested intent + Opt-in = The dream of every marketer.

Facebook Pages are rarely visited after an initial “like.”  Community behaviors have not developed around Facebook’s interest graph. Many users consider all Facebook Page messages to be of low value—akin to spam—and therefore do not welcome higher volume. 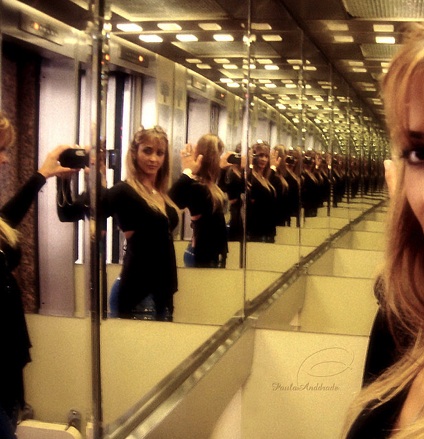 You can pick up a follower from anywhere on Twitter, and they can drop off at any time, so you must keep the quality and flow of messages high to be successful. Other users on Twitter won’t put up with your lame tweets just because they went to junior high with you . . . you have to find some interesting “hook” to grow your audience, and you must keep the flow of information coming to keep them, not just place mirrors beside mirrors to make it seem like beautiful content goes on and on.

Now that we’ve analyzed the massive potential value of Twitter, it’s time to address the undeniable operational and structural missteps by the company to date. To take advantage of these opportunities, Twitter must fully embrace three things: third-party developers, Google and Microsoft, and the Open Web.

Unfortunately, Twitter has lost its way with developers. Six months ago it was a critical piece of infrastructure that everyone wanted to use as the messaging layer for their applications. Now Twitter has turned its back on third party developers because the company thinks it is necessary to own the major clients (web, iPhone, Android, iPad). Hopefully the elevation of Feedburner’s Dick Costolo to CEO signals a shift back to the correct strategy: Don’t monetize the client, monetize the feed.

Here are three things Twitter could immediately do to mend fences with developers in a way that’s also good for the company:

These moves would not hurt Twitter at all, and in fact would kickstart their platform efforts versus Facebook Connect. And they’re very much compatible with promoted tweets, promoted accounts, and promoted trends—and the accompanying tools.

Twitter has significant common interests with these two companies. They can help Twitter solidify its infrastructure foundation, invest a half billion dollars to make sure the company has the cash to scale, promote Twitter heavily as the open social network, and help Twitter monetize hugely as full-fledged partners.

Twitter has the ability to power the open Web versions of Facebook Pages and Facebook Places, and that’s where the real money is. Don’t make brand advertisers have to think—provide a clear, open alternative to Facebook where they can promote their own Websites and brands instead of on Facebook Pages, and the dollars will start to flow.

The real money comes from two places: search and brand advertising on an open alternative to Facebook.

Memo to Twitter: with search, do not grow a brain. Partner with the best at Google and Microsoft (see Facebook-Bing), and you’ll get great AdSense, AdWords, display ads, and mobile ads without having to run all the infrastructure—and manage all the people!—to do it. They should be willing to give you 70% of the revenues now that you’re doing a billion searches a day.

Let’s say you can’t yet get the dime per search average that Google has spent a decade optimizing. Even if you only average 2 cents per search, that’s $20 million in revenue per day. Your cut? $14 million a day. That is real money: roughly $400 million a month, or $5 billion a year. And it grows as your number of searches and average revenue per search grow.

In addition to that, look to brand advertising increasingly moving online. TV money wants to move to the Internet, but right now Facebook Pages are the only place brand managers can make big spends. Come up with a cost-per-follow model similar to Facebook’s $1-per-like model. Heck, maybe even rev share with the consumers who are following, and give new users a tangible answer to the oft-expressed question, “Yeah, Twitter, I don’t get it… WTF?Who really cares?”

If Facebook’s revenues are $2 billion and its valuation is $35 billion, then a Twitter with a potential $5 billion in annual revenues is massively undervalued.  Twitter employees and investors understand the potential, as evidenced by the fact that there are currently many unfilled bids on the Sharespost secondary market for shares at a $4.5 billion valuation.  If Twitter can improve its execution and learn to play well with others, this valuation will prove to be laughably low.