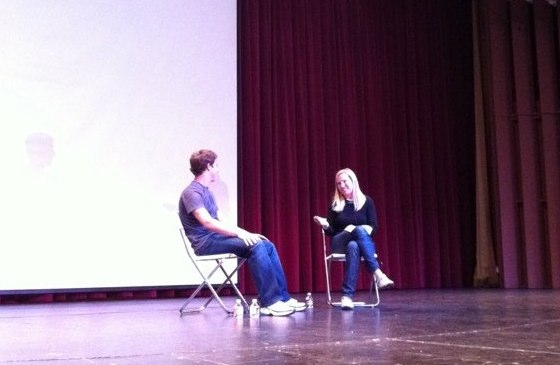 Today at Y Combinator’s Startup School, Facebook CEO Mark Zuckerberg sat down for a lengthy interview with Jessica Livingston. The topics discussed ranged from Facebook’s beginnings (including a brief discussion of The Social Network) to the social network’s strategy in China, which has proved to be problematic for other Western tech companies like Google.

Zuckerberg says that for years Facebook didn’t have a strategic plan for international growth — each month, the site would take off in a seemingly random country with no apparent pattern (obviously this approach paid off). But there are still a handful of countries that Facebook isn’t winning in, or isn’t on a path to win: China, Japan, South Korea, and Russia.

“China is extremely complex,” Zuckerberg says, and the site is taking its time to make sure it approaches the world’s most populous country with the  right strategy. The hope is that if Facebook can show that, as a Western company, it can succeed in a place where no other Western company has before (like Russia), that will help it get the momentum to figure out the right partnerships it needs to succeed in China.

With respect to openness in China (or lack thereof), Zuckerberg says that different countries around the world have different values, which Facebook has historically respected. For example, in Germany it’s illegal to post content about Nazism, so Facebook blocks it in Germany (but not in other countries). It has a similar policy with regard to drawings of Muhammad in Pakistan, where it’s illegal to post that content.

Zuckerberg says that he’s spent a lot of time personally examining Chinese culture (including daily Chinese language lessons) to help with this. Above all, it’s clear that Facebook would like to establish a strong presence in China down the road, explaining, “How can you connect the whole world if you leave out 1.6 billion people?”

Oh, and about Zuckerberg’s wardrobe? He says that while The Social Network got a whole lot wrong, he actually owns every shirt and fleece that appears in the movie.