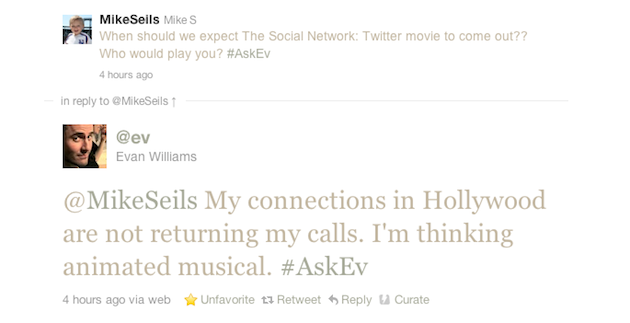 Maybe it is a good thing that Twitter co-founder Evan Williams is no longer CEO — he now seems to have time to do things like answer a boatload of questions from users on Twitter. For about an hour today, Williams did just that and provided some interesting insights into New Twitter and what types of possibilities are out there for the service in the future, feature-wise.

I went ahead and curated a list of his best tweet replies, but I’ll spell the answers out in a simplified manner below. According to Williams: