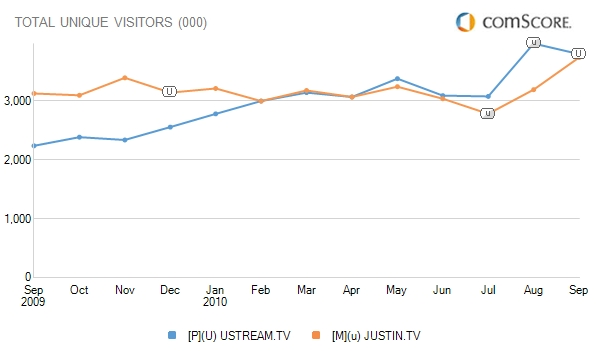 Justin.tv has been bleeding employees recently. VP of Marketing Evan Soloman, VP of Business Development David Aufhauser (and most of the business development team), and VP of Product Caleb Elston have all left the video streaming startup over the past few weeks. While that sounds like a foreboding number of key hires exiting the company in a short amount of time, CEO Michael Seibel doesn’t seem too worried. “At a glance, the situation looks a lot different than what it really is,” says Seibel. Each employee that left had a distinct and different reason for leaving that had nothing to do with the performance of the startup, says Seibel. For example, Elston got the startup bug, and Aufhauser came on a year ago to forge premium partnerships for livestreams, a strategy that Justin.tv has since shuttered. In fact, the company continues to grow in terms of usage, says Seibel, at a faster rate that ever, especially when it comes to mobile streaming.

According to the company, there has been a 20% increase in total broadcasts overall (both mobile and web) since the launch of Justin.tv’s Android app that broadcasts live video from the mobile phone. A few weeks later, the startup added the same functionality to the iPhone, launching an iPhone app that allows you to broadcast video from the device on Justin.tv.

The startup has been open about its movement away from forming partnerships for live streams of events and premium content, focusing solely on the UGC realm. The launch of mobile apps as helped grow this content, with more users recording random moments in their lives.

There’s no doubt that livestreaming is generally growing by leaps and bounds, and Justin.tv is riding that wave. But one of the reasons why competitors like Ustream, YouTube and LiveStream have started to form premium partnerships for livestreams is because it brings in additional revenue. It can be tough to make profits on UGC, as shown by the years it has taken YouTube to achieve profitability (Apparently Google’s video site is just now achieving profitability). For now, Justin.tv’s main revenue stream is via advertising. But revenue from video ads is steadily increasing, which is definitely good news for Justin.tv.