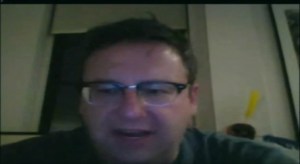 In the current issue of the Atlantic Monthly, contributing editor Michael Hirschorn rails against the “commodification of facts” caused by social media.

Specifically he’s irked by how Twitter, Wikipedia and the rest have made it possible for right wing (in most cases) commentators to create their own set of facts to support their agenda.

“The communal void allows the emergence of an Andrew Breitbart on the right and, occupying far less morally compromised space on the left, a figure like Julian Assange, the mastermind behind WikiLeaks (no affiliation with Wikipedia)… While Breitbart unapologetically conducts his information warfare à la Sartre via Malcolm X—by any means necessary, including blatant falsehoods—Assange uses “truth” as a weapon while assuming that context will be provided by the commons…”

Coming as it did in the same week that Paul criticized a disingenuous anti-Meg Whitman attack ad (leading to TechCrunch’s resident socialist being labelled an evil Republican fanboy by commenters) Hirschorn’s persuasive essay struck a chord with us. So you can imagine our delight when the man who the NY Observer called “Mr Bad Taste” agreed to be join us (along with his son, Paul, and his dog, Clover) to explain why social media is evil and how “most Americans will believe any shit they see online…”