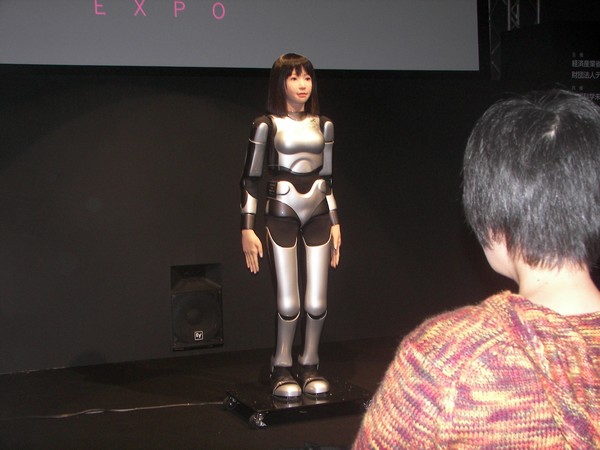 Do you remember the HRP-4c, one of the most realistic humanoids out there? Made by Japan’s National Institute of Advanced Industrial Science and Technology, the fembot was so far mostly known as a pretty creepy cyber-model and bridezilla. In December last year, we’ve shown you a video of her trying to sing – and now she’s gotten better at that.

That’s my impression, at least. It’s not that she’s any threat to Alicia Keys or anything at this point, and her body is still stiff while singing, but AIST’s self-developed synthesizer software VocalListener and facial expression technology VocaWatcher helped her boost her musical skills. Give this another 5-10 years.

Here’s the newest video of HRP-4C singing (shot by Diginfonews in Tokyo):

For comparison, here’s the video from last year again: