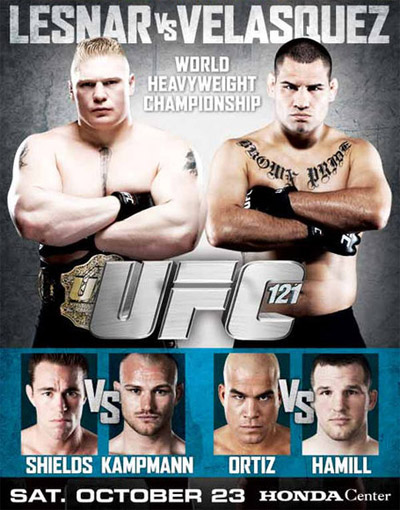 UFC‘s war against piracy continues, with word that Zuffa, the promotion’s parent company, has filed a lawsuit against an English fellow who is alleged to have provided an illegal stream (~!) of UFC 119. No, it’s not the first time UFC has gone after pirates, and it sure as heck (gotta keep in PG) won’t be the last time.

What’s particularly interesting about this case is that the person alleged to have provided the stream is English. That is, he’s from England.

Mere borders won’t prevent UFC from coming after you.

Zuffa points out in the lawsuit that the site in question would “bombard” visitors with advertisements, so clearly the guy was making money off his illegal streaming of the pay-per-view.

I don’t know to make of UFC’s war against piracy. Obviously they have every right to go after these guys, but an informal look-see at during a recent pay-per-view found that, yeah, these streams are still pretty easy to find.

The big test will be on the 23rd, when Brock faces Cain. My money’s on Cain. Well, my imaginary money; I can’t figure out how to bet online from the glorious state of New York.