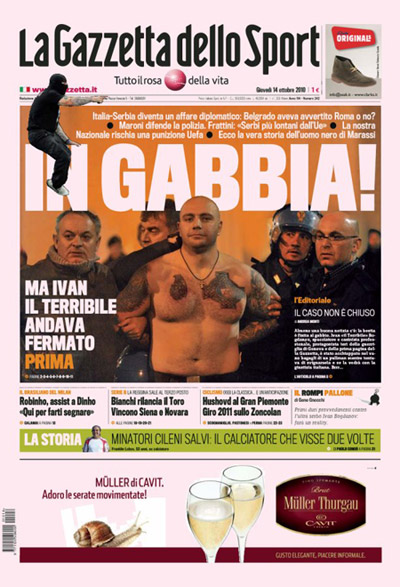 Turns out it’s pretty easy to get free issues of several popular publications via an iPad hack of sorts. All credit to Italian site Il Post, which was shown the technique by a group named Dark Apples. Nice. Bottom line is, you can read publications like the New Yorker, Wired, and La Gazzetta dell Sport (note: YES~!) for free. Well, for the time being, you can.

The hack, if you can even call it that, is pretty simple.

All you need to do it change a single line in the .plist file that manages magazine subscriptions. You’re changing the value from “purchasable” to “viewable.”

And bam! Within seconds you’re reading about that Serbia hooligan ringleader who was nabbed by police after causing the recent Italy-Serbia match to be called off.

Adobe told the Huffington Post that it’s “very concerned by piracy issues” (which is more than I ever got Adobe to tell me about piracy), and that it would fix the issue with an update.

That was last week, and the hack still works today. Well, so says HuffPo.