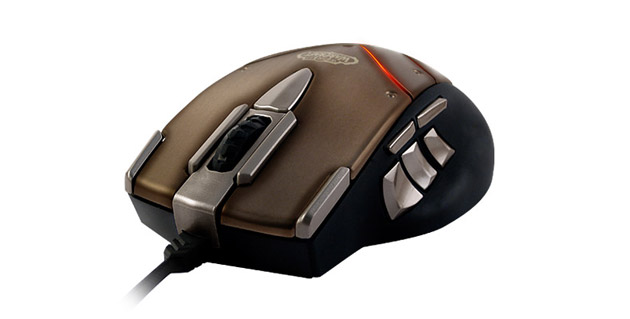 SteelSeries has developed another World of Warcraft mouse. Hopefully they’ve learned a few lessons from their previous mouse, which was OK but sorta flawed at the same time. It’s called the World of Warcraft: Cataclysm MMO Gaming mouse, and it was co-developed with Blizzard. And given my various conversations with the folks at SteelSeries over the past months, I know that Blizzard doesn’t lend its name to just any peripheral, much less take the time to co-develop one.

As you can see with your eyes, the color scheme sorta goes along with Cataclysm, the newest expansion pack that’s set for release on December 7.

So what does the mouse do?

First off, it works with both Mac and PC. Setup is handled in-game.

There’s 14 buttons that you can program some 130 preset commands. Presumably things like “cast spell 3,” etc. Or, you can map any number of your custom macros that you’ve spent months (years?) perfecting. The mouse itself can store one profile, while the software can store an additional 10 profiles.

SteelSeries says they’ve taken all the feedback generated with their first WoW mouse, and along with Blizzard, have created something that delivers “ a more comfortable, intuitive, and ultimately better experience.” 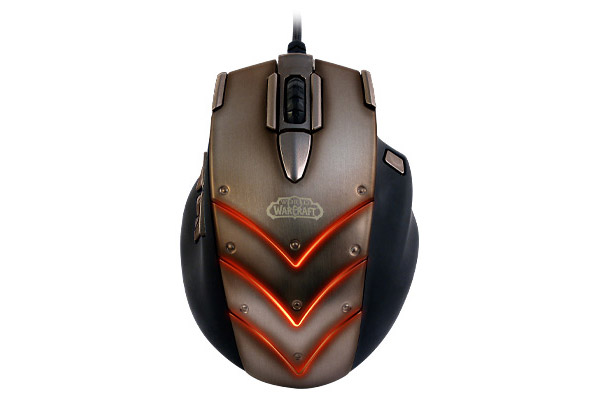 I guess users will be the judge of that!

The mouse will be on display at Blizzcon, which takes place next week in California, so if you’re in attendance you can check it out first-hand. I, unfortunately, will be at home watching the online feed like a dork.

The mouse will be released on December 7—the same day as Cataclysm—for $99.99.

Pretty weird feeling to be excited about the prospects of a mouse, but here we are.