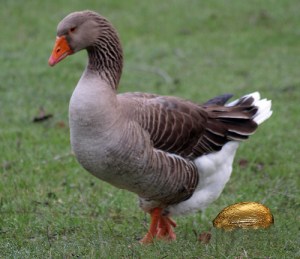 The Valley’s build-a-product-not-a-company culture is swelling with every super angel who talks up why flipping companies is good for entrepreneurs and a better way for them to make returns in an insanely crowded field of funds and companies.

The Valley’s flip-mania is even getting a little too uncomfortable for some of those take-the-money-and-run proselytizing angels. Several investors have told me of recent pitches where a young entrepreneur said they were going to build a product, and if it didn’t take off in twelve months, they’d scrap the company and start over with a new product. Um….Ok, maybe some entrepreneurs think that, but the fact that they’re saying it when they’re trying to raise money? What is an investor supposed to say to that? “Yes, Mr. Entrepreneur, please take my $100,000 I earned building my company, and if your half-baked idea that you’re so clearly not committed to fails and you haven’t spent it all, feel free to burn the rest. Who do I make the check out to?”

So what’s so wrong with the flip? In moderation, nothing. The low-cost of starting Web companies, means entrepreneurs can own huge chunks of something they can sell for several million dollars. In many respects, wealth generated by new ideas is spread more evenly than it has been in the history of Silicon Valley. Isn’t that good? Short term, yes. Long term, we’re killing the macroeconomic golden goose.

I’ve been arguing for a while now that whether or not most of the exits are going to come from acquisitions, without IPOs the dollar value of acquisitions plummets. When there is no risk of a company going public, a larger rival like Facebook or Google doesn’t have to pay through the nose to buy the one-day competitor, they just have to outbid each other. And you can count the companies willing to regularly pay up for apps and feature-businesses on one hand. If AOL and Yahoo merge, that eliminates one. It is one of the dangers of a buyers market.

The other danger: The terms quietly get worse and worse for the sellers. A new study by a firm called Shareholder Representative Services, or SRS, proves that beggars can’t be choosers in valuations or terms these days. The firm, which manages closing transactions in M&A services, looked at more than 100 deals closed between 2007 and 2010. These were purchases of private companies where the terms were not previously disclosed. One-third were tech companies and most of the others were high-growth markets like lifesciences, cleantech and digital media.

The survey showed an increasing landscape of complex earnouts, carveouts and other post-closing deal terms that can have dramatic effects on what large companies actually pay for small companies, after the big announcement is made. Terms were considerably worse than a companion study done by the ABA which focused on large company transactions. The entire report is here, but here are some highlights, er lowlights from the seller’s point of view:

This is the first year SRS has done this survey, so it’s hard to know how it compares to previous buyer’s markets in tech. But it makes clear that just like with IPOs these days, an exit is only the first step towards getting actual liquidity.