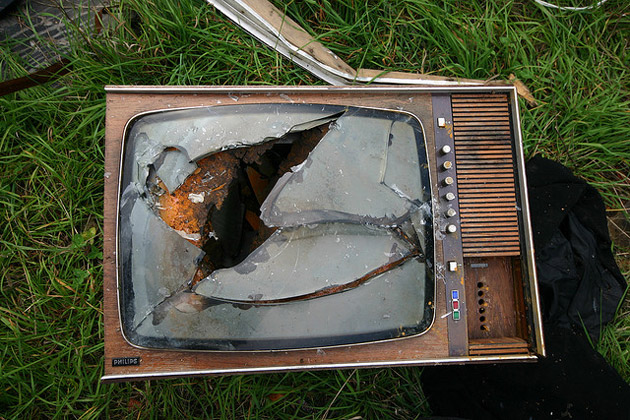 Well, well, well. For months now TV manufacturers have been trying so, so hard to convince us—and by “us” I mean Real America—that 3DTV is all kinds of great. Not so! Every 3DTV I’ve seen ranges from “meh” to merely “OK.” It’s a technology that’s still finding its legs. Maybe in the future 3DTV won’t be so, well, trash, but for now? I’m sorry, but no dice. And now I have numbers to back up my healthy skepticism. DisplaySearch, part of the NPD Group, says that 3DTV is not growing as fast as TV manufacturers had hoped. The beauty is, you probably already know why that’s the case.

But first, let’s look at the numbers.

It’s estimated that TV manufacturers will have shipped 3.2 million 3DTVs in 2010 in North America. That works out to 2 percent of all TVs sold this year being of the 3D variety. That’s not exactly devastating, but manufacturers were hoping for a bit more.

It’s expected that 3DTV will make up approximately 40 percent of all TVs sold once 2014 rolls around.

So it’s not like 3DTV is going to die or anything, just that it’s going to take a little bit longer for people to jump on the bandwagon.

Oh, you know, because there’s next to no compelling 3D content out there. Sports broadcasters are still trying to figure out how to shoot in 3D, which is a tremendously important deal because live sports are really the only reason to even have a TV in 2010.

The quality of 3D movies have even taken a dive. The first big 3D movie was Avatar, a film that was directed by James Cameron, had a gigantic budget, and was designed for 3D from the word “go.” If you think Jackass 3D is worth the extra $5 or whatever the theaters charge, well, you’re crazy—maybe you’re in the movie?

It seems to me that people saw that Avatar was a huge hit, and figured that 3D was the savior of humanity. Again, to think that you can slap some rubbish 3D effect to your otherwise rubbish movie and start buying gold boats with the increase in revenue, ja!

3D technology is still too, too new, and pretty much nobody knows how to use it effectively yet.

Well, nobody except James Cameron.