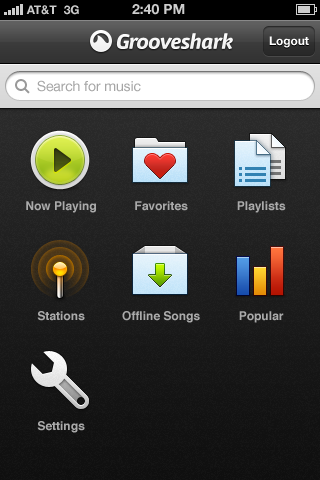 Exclusive –When Jason tried out online music streaming startup Grooveshark’s iPhone app in July 2009, he wrote that it was great but that he “wouldn’t expect this to pop up in the App Store any time soon”. He was right, and last February the company got so fed up with waiting for Apple that they released the app for jailbroken iPhones on third-party application store Cydia.

But last August, Apple suddenly changed its tune and approved Grooveshark for iPhone, which hit the App Store soon after.

But less than a week later, Apple received a complaint from Universal Music Group UK about the app, prompting Cupertino to yank it off the store.

At the time, the company said that it wouldn’t sleep until they figured out exactly how to fix this and get Grooveshark for iPhone back in the App Store. Fast forward two months and Grooveshark is back to where it started: releasing the app on Cydia.

If you have a jailbroken iPhone and this news fills you with joy, let me make you even happier: Grooveshark has continued to work on the music streaming application, and has released a completely new 2.0 version.

– a complete redesign, with retina display graphics for iOS 4.
– multitasking support.
– search results can be filtered by song, album, artist, as well as playlists made by other users.
– Instead of/in addition to searching for a song, playing it, and hitting radio off that tune, Grooveshark for iPhone now boasts a bunch of pre-built genre radio stations listeners can get instantly.
– Users can also save radio sessions they’ve listened to and save user-made stations based on an artist they dig that they can come back to. 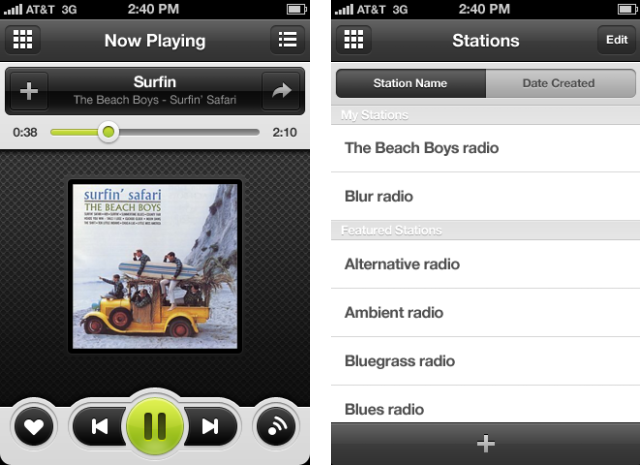