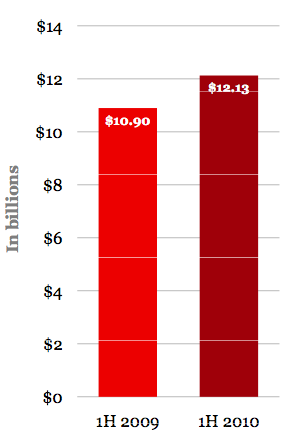 Online advertising is showing healthy gains this year. During the first half of 2010, online advertising revenues were up 11.3 percent to $12.3 billion, according to a new report from the Interactive Advertising Bureau and PriceWaterhouseCoopers (embedded below). At this rate, the report estimates that online ad revenues for the full year should surpass the 2008 peak of $23.4 billion.

On a quarterly basis, online ad revenues for the second quarter $6.2 billion. That was 13.9 percent higher than last year, and 4.1 percent better than the first quarter of 2010, but still not quite as high as the peak in the fourth quarter of 2008.

The report also offers the following stats (all numbers are for the first half of 2010): 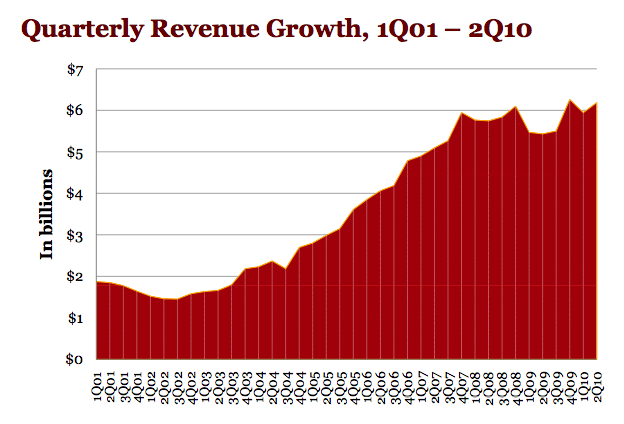 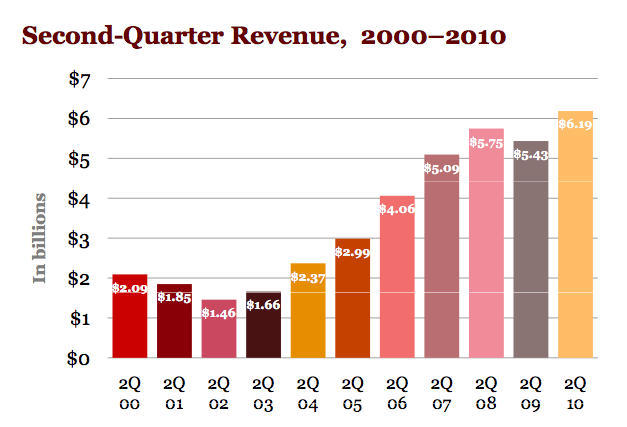