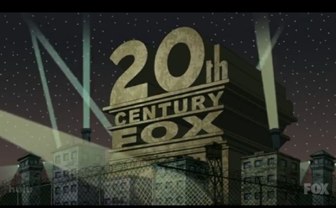 By now you’ve probably seen the dark, amazing intro that renowned artist Banksy created for The Simpsons. And, in the process of looking for the video, there’s a decent chance you came across YouTube’s infamous screen stating that the content had been removed at the request of the copyright owner.  In this case, it was apparently Fox, which would much rather you watch the content on Hulu — which it owns a major stake in.

Well, it looks like goodness (or logic) has prevailed: the Banksy intro is now back on YouTube.

Now, it isn’t entirely unusual for a major content owner to pull down content from YouTube in hopes of maximizing their returns (and who knows, in some cases they may actually wind up with more money as a result of their draconian policies). But the fact that the video has now been pulled and then re-approved just doesn’t make sense.

I’m sure that before the Simpsons episode aired, there was absolutely no doubt around Fox headquarters as to whether or not the intro would go viral. Banksy’s art goes viral and it appears on random street corners — this was shown to millions of people. You’d think they’d have a game plan laid out on how to deal with this — either pull the video from YouTube and stick to your guns, or let its virality flourish.

Not only did they pull the YouTube video (thereby breaking countless links and embeds), but it looks like they’ve also been tinkering with the sanctioned Hulu video — we embedded it in our post yesterday, and it was busted this morning.

We’ve reached out to YouTube to verify that it was in fact Fox behind the pulldown, and to try to get more details on what’s happened here.