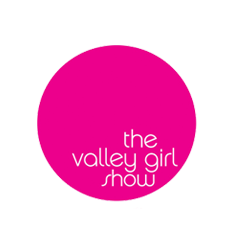 Los Angeles based tech chronicler Lalawag, which announced that it would be shutting down in September, is going to live on under the leadership of Jesse Draper’s Valley Girl media network. Terms of the deal were not disclosed.

Lalawag founder Sean Percival, who is the VP of Marketing at MySpace, will remain as the founder of the site and will be involved on a friendly basis. We are told Jesse Draper will be bringing on a number of new bloggers to contribute to the site and will officially re-launch later in the year.

Draper, actress and daughter of renown Silicon Valley venture capitalist Tim Draper, founded the web video series The Valley Girl in 2008. You can read Lalawag’s feature on the site here. She’s interviewed a who’s who of the technology and media world, including Vinod Khosla, Elon Musk, Ted Turner, Ron Conway, and Eric Schmidt. On the web series, Draper is a blend of girly ditziness of Legally Blonde’s Elle Woods with the comedic style of Ellen DeGeneres (Draper is clearly acting in her hosting role).

The Lalawag acquisition is part of a bigger plan, says Draper. At the age of 26, she is trying to create a mini-media empire around covering startups in a “fun way,” (the site’s motto is “business made casual’). Lalawag will become the LA-focused site, will remain under the same name, and Draper, along with business partner Jonathan Polenz, plans to launch a New York-centric site in the near future. And Valley Girl has soft-launched a Silicon Valley-focused technology news and culture site, called Valleyloop.

For any loyal Lalawag fans out there, don’t fret. Draper, who is based in LA, plans to continue keeping the site as a casual voice for LA technology and culture. And Percival, who ran the site with his wife Laurie, is confident that Lalawag will continue to thrive under the Valley Girl masthead. An interesting side note—following our post on Percival shutting down Lalawag, around ten people inquired about acquiring the news site, one of which was Draper.