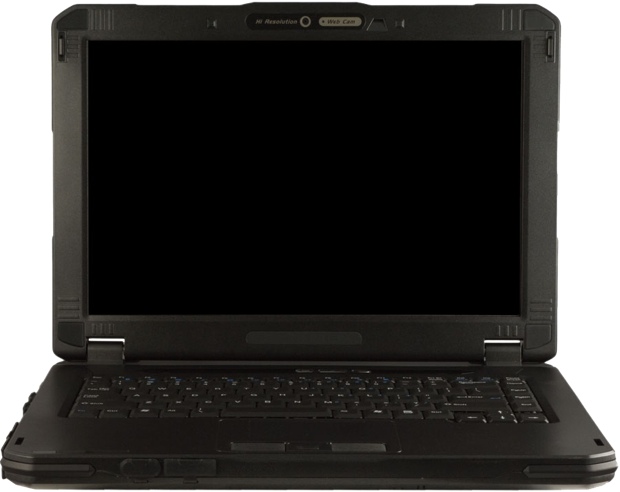 There aren’t that many rugged laptops out there, and chances are if you’ve seen one around, it was a Panasonic. Their Toughbook line has been around for ages, and is the standard for rugged consumer laptops.

But that doesn’t mean they’re the only players in the game. Rugged Notebooks has released the RNB Eagle, a rugged notebook that won’t blow you away with its specs, but can definitely take a few hits and costs less than the competition to boot.

Of course, when you’re buying a laptop it rarely is the best idea to get the cheapest, but don’t worry, the Eagle isn’t cheap, just less expensive. With a 14″ (touch optionsal) screen, Core 2 Duo processor, and all the usual fixins for a laptop this size (lots of ports, up to 8GB RAM, etc), the Eagle isn’t trying to impress spec hounds, but it starts at $1700, pretty well below the rough equivalent at Panasonic. They claim compliance with many of the same standards for moisture, drop resistance, and so on, though they’re certainly not quite as nice.

If you’re in the market for some rugged laptop action, be sure to give the Eagle a peep. It can’t hurt, and maybe you’ll save a little scratch.