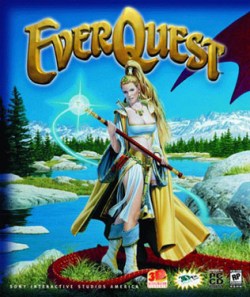 Comic-Con visited New York at the weekend, and I was there. I agree with what Fez Whatley said on Ron and Fez earlier today: the show was fun, but you can definitely tell that New York Comic-Con is the B show to San Diego’s A show. That’s not all bad, as the New York show doesn’t feel as commercial as the San Diego one; there are no lame actors trying to attach themselves to geek culture for the sake of a slightly bigger opening weekend. That’s my sense, at least.

Another thing I noticed: it was entirely too crowded. I know the show’s organizers are trying to cram as many people as the City of New York will allow into the Javits Center, but being squished together like a bunch of sardines sort of takes away from some of the show’s fun.

But enough of that.

The entire reason I’m writing about the show (there wasn’t a whole lot going on from a news perspective, and I’ve already created a wacky video of the show last year) is because I attended a pretty fascinating panel entitled “The Future of Online Gaming.” NCsoft, maker of City of Heroes, was on there, as was Curt Schilling, the former baseball pitcher (who was really quite good) turned video game developer.

And as the headline of this post suggests, Schilling was fantastic. I seriously had no idea the man was such a geek.

(As for the headline, at one point Schilling cut a promo about how hardcore EVE Online players must be. You invest dozens if not hundreds of hours trying to build up your empire, only to have some punk kids rob and destroy your life’s work.)

So what is the future of online gaming? We get excited because Blizzard announces that there’s 12 million World of Warcraft subscribers on a planet with some 6 billion people on it. Twelve million people, yeah, that’s impressive, but let’s not say something like, “Well, that’s it, there will never be a game this popular ever again.” Remember when people thought no other game would be as popular as EverQuest?

Look at Farmville. It’s not my cup of tea, but clearly it’s very popular. Will big publisher keep pumping hundreds of millions of dollars trying to create “the next WoW” when they can buy out some indie developer that developed a mouse-clicking simulator?

Things to consider: will any other company be able to make money using the WoW model, that is, pay $10-$15 per month for access? Maybe publishers will adopt a more Asian-like model, where you pay by the hour for access? Or maybe the game will be totally free? Or maybe we’ll see more freemium-based games, where the game itself is free but you can buy additional swords and armor and whatnot? Why does every single MMO have the same basic class structure found in Dungeons & Dragons? You’ve got your fighter, your wizard, your rogue, etc.

And while we’re at it: what’s the future of WoW? Will Cataclysm be a hit, or will Blizzard find that the game’s popularity has already plateaued?