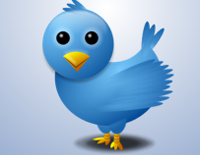 Created by UCSC student Suchit Agarwal and Blippy engineer Rahul Thathoo, what’s awesome about Tumbl.in is the same thing that drives StumbleUpon, the delight in finding something random in through a link you wouldn’t have clicked on otherwise (see what I found second image below). What sets it apart is the Twitter social graph curation and the ability to toggle through lists.

In the same space as Friendshuffle and Tweetbeat, pages you Tumbl are served up by frequency (the amount of times someone in your stream has tweeted a link) and recency. And, in case you don’t like random, you can also browse things you’ve favorited on Twitter, turning the service into a Twitter specific Instapaper. 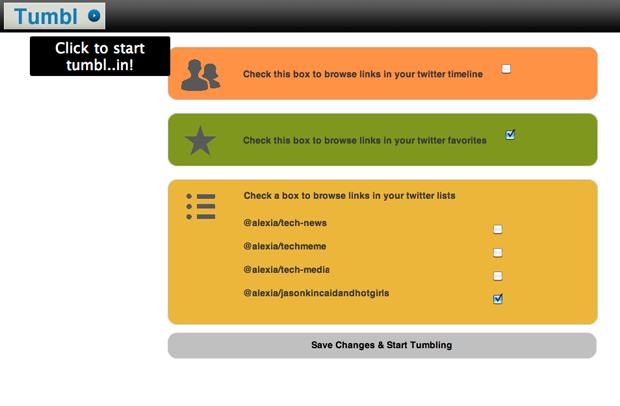 Says Agarwal, “The idea is to get completely out of the way of a user and create a non-intrusive browsing experience while providing the user enough context (show them the tweet, for example).”

Tumblin will soon (tonight even) be releasing a functionality to Tumbl links according to user interests, by crawling through the curated links shared by “Suggested Users on various topics, therefore aggregating Twitter by vertical expertise. Agarwal and Thathoo are working on other forms of Tumb.lin personalization as well as different visualizations for different media (videos for example).

An iPad app is in the pipeline, which I’m thinking might along the same concept lines as Flipboard or Pulse but specifically for Twitter. Also: It’s probably not a bad idea for someone like StumbleUpon, Digg or even Twitter itself to buy this. 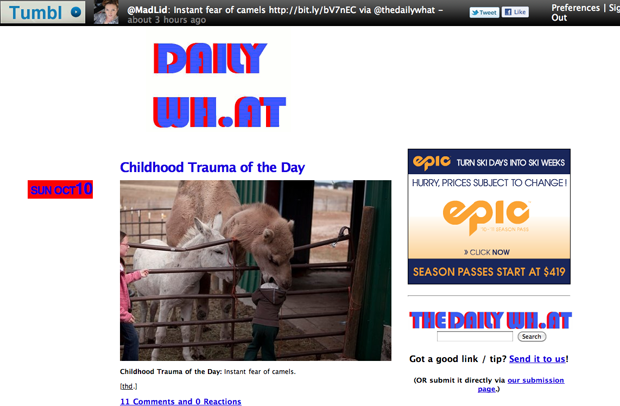