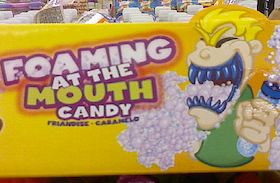 Okay, now that it seems to be established that the iPhone is coming to Verizon next year, the next question is: just how many people will make the jump from AT&T to the new network? Last month, we reported on a survey by market research firm Morpace that indicated that 34 percent of AT&T iPhone owners were waiting on the Verizon iPhone to upgrade. Meanwhile, another 47 percent said they would consider the Verizon iPhone if it became available. But all of that is based on 1,000 people filling out survey. What about just looking at what people are tweeting?

A new study by online conversation analysis startup Crimson Hexagon looks at just that. According to their data pulled from 27,634 Twitter conversations between just October 5 and October 7, a full 21 percent stated that they planned to switch to Verizon for the iPhone. Further, another 38 percent indicated that they were considering such a move. That’s nearly 60 percent of people tweeting about the iPhone who want it on Verizon rather than AT&T.

The other important stat: 29 percent thought the news of a Verizon-based iPhone was just a “crazy rumor” once again. Only 12 percent stated that they would probably stay with AT&T in the event of the Verizon device showing up.

It’s also important to remember that while a lot of people are likely to make the jump from AT&T to Verizon in the event of an iPhone landing, millions more will likely buy their first iPhone on the network. 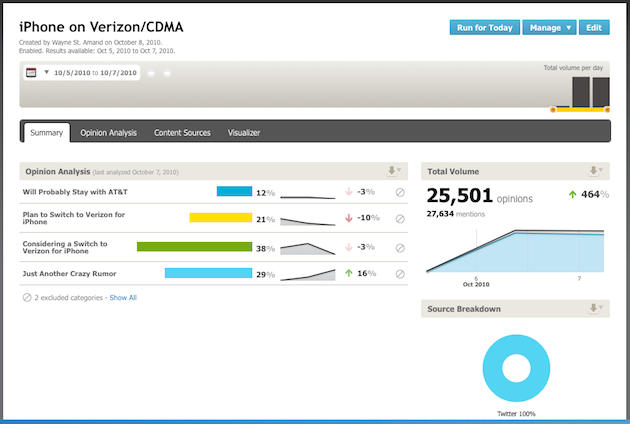