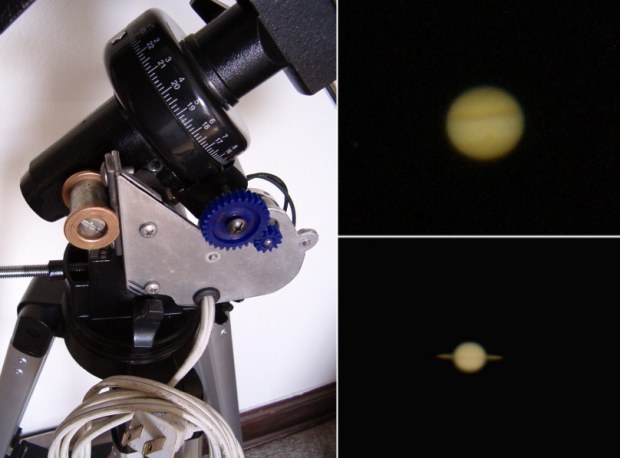 Wisconsonian Craig Smith wrote in to Make to show off his homemade photo setup for taking pictures of planets and such. This really isn’t something you could do without a lot of astronomical and mechanical know-how, but it’s worth admiring.

The challenge is that at magnification and light levels provided by something like a home telescope don’t produce enough light to take an effective exposure at normal shutter speeds. A four-second exposure is necessary, and at that speed you need to take into account the rotation of the Earth if you want a clear image.

A lot of you might be asking “Why take these random, rather blurry shots when you can get tons from the Hubble and NASA galleries, among others?” Because taking pictures of planets is unbelievably awesome, that’s why. Planets, people, hundreds of millions of miles away.