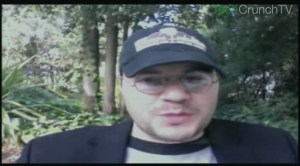 Earlier this week Sarah met not one but two Adam Rifkins – the first Adam Rifkin is based in Silicon Valley and organizes a networking group for entrepreneurial engineers called 106 Miles; the second Adam Rifkin is a (quoting from the video below) “big time Hollywood big shot”, responsible for family-friendly movie romps including Mousehunt, Small Soldiers and Bikini Squad. Together the Rifkins (who aren’t related) have developed LOOK, a drama for Showtime about the thoroughly modern world of hidden cameras.

Hollywood Adam Rifkin is this week’s guest on Why Is This News, where we discuss the democratisation of filmmaking and the growing supremacy of raw talent over financial resources. Also Sarah calls Paul a snob and Paul accuses Sarah of being the new Christine O’Donnell.