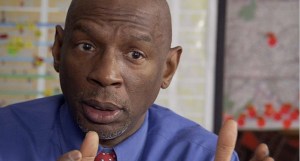 I seem to be finding myself writing about education a lot lately, whether it’s the latest round of elearning startups, innovative solutions that use technology to solve education problems in the developing world, or the wave of powerful figures in technology who are galvanizing around the new film “Waiting for Superman” and throwing huge sums of money towards either fixing public schools or starting a new with better, entrepreneurial Charter Schools.

There’s clearly a groundswell happening in our industry around this issue, which is surprising because education is typically a vertical startups and investors avoid, and let’s face it– most of the people funding these efforts have the resources to send their kids to private schools. It seems less about personal needs and more about a cause, the way the Valley swelled around global warming a few years ago.

A fad? Maybe. But like the whole green-fad, if it’s a fad that helps the world, there’s nothing wrong with trendiness. If you’ve seen the film and want to get more involved, you may want to join an online town hall happening tonight with Ariana Huffington, director of “Superman” Davis Guggenheim, producer Lesley Chilcott and New York City Department of Education Chancellor Joel Klein. There will be a group specifically set up for TechCrunch readers here.