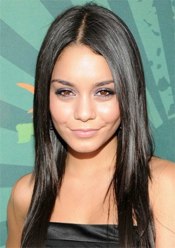 A tipster today emailed to point out that Flixster CEO Joe Greenstein gave his own app a five star rating on iTunes, and then went on to trash the competition. Both Movie Night Out and Showtimes got one stars. “It tries to do too much and fails,” he said of Movie Night Out. And Showtimes “does not include a full list of movies – just the current ones.”

Frankly I don’t give a damn about that. If a CEO wants to trash his competition, I’ll just give him a high five for being up front about it and actually doing it under his real name.

But damn there’s something really disturbing in that screenshot showing his ratings (embedded below). In addition to fluffing up Flixster’s ratings and trashing his competitors (all a-ok by us since it’s under his real name), Greenstein takes a moment to write an impassioned review/love letter to 22 year old pop singer Vanessa Hudgens.

I emailed Greenstein about it: 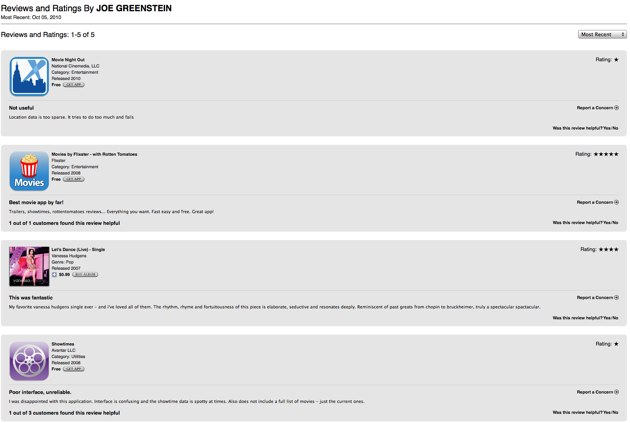 We noticed that you’ve left a five star review for your own app, Flixster, and that you’ve left significantly less favorable reviews for competitors like Movie Night Out and Showtimes. Here’s what I want to know – Are you really that big of a fan of Vanessa Hudgens? You’re in your thirties, right?

Greenstein really likes Hudgens, and gives her Let’s Dance single a four star review. It’s not the Flixster 5 stars, but it’s close. And he says “This was fantastic – My favorite vanessa hudgens single ever – and I’ve loved all of them. The rhythm, rhyme and fortuitousness of this piece is elaborate, seductive and resonates deeply. Reminiscent of past greats from chopin to bruckheimer, truly a spectacular spactacular.”

If you are going to publish my personal opinions please at least clarify for your readers that this was a long time ago, Vanessa Hudgens was just a phase I was going through, and that I am now much more into Justin Bieber.

Snarky response? Yes, and points for that. But this is just so, so embarrassing.