After a 15-minute private demo of Cisco’s Umi, the company’s latest video calling system, I was fairly impressed with the unit’s sharp 1080p HD resolution and the natural feel of the audio (which is apparently designed to elevate human voices and suppress background noise). Then again, that level of quality is no real surprise given Cisco’s history in telepresence technology and their popularity on the enterprise side.

However, the main problem with Cisco is not innovation, it’s getting outside of the boardroom and finding a real place in the consumer’s living room— and no where is that gap more apparent than in Umi’s sticker price. As CrunchGear reporter Devin Coldewey lamented, it’s a consumer-facing device priced for the office at $599 for the system and $24.99 a month.

After the presentation, TC TV got a chance to catch up with Marthin De Beer, Cisco’s SVP of the Emerging Technologies Group, and asked him to justify Umi’s price. See parts of our demo and the interview with De Beer above.

According to De Beer, Umi is like a fine “piece of chocolate,” insofar as it’s impossible to define it’s worth without a little taste. He’s relying on in-store Best Buy demos and Oprah Winfrey’s use of the technology on her show, to give the mainstream US consumer a “taste” of Umi. That will certainly sway some early adopters but it’s hard to imagine Umi as this year’s must-have stocking stuffer— not even the magic of “O” can do that. Although Cisco may have a long slog ahead in the US there is at least one place where tens of thousands of Umis will rule the land: South Korea.

Cisco is currently working with developers and Korea’s government to build New Songdo from the ground-up, a futuristic, 1,5000-acre green city, where Cisco will provide the digital infrastructure. That digital artillery will include everything from the city’s main network technologies to telepresence screens (aka Umis) in every household in New Songdo— turning the Umi, De Beer says, into something as standard as a dishwasher.

That’s certainly one way for Cisco to get inside the living room. 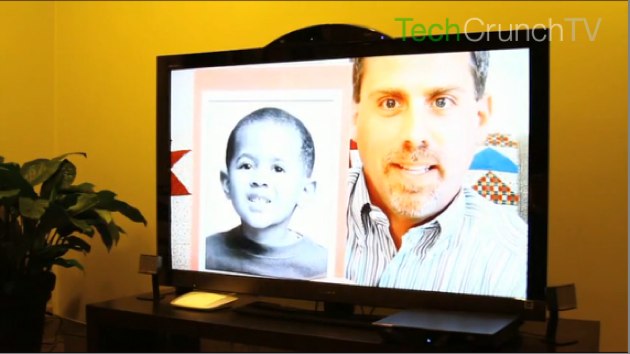