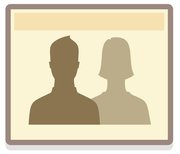 Today during their event, Facebook’s Mark Zuckerberg talked about “the biggest problem in social networking“. What he means by this is social sharing. You need to be able to map out all of the real world groups that you have in the social graph. If Facebook can do this, Zuckerberg says people will be able to do all the sharing they want to do. And as we hinted earlier, Zuckerberg believes they have done this with the complete overhaul of Facebook Groups.

“The naive solution is to do something like Friend Lists,” Zuckerberg says. “Almost no one wants to make lists,” he continues. He’s noted this before. “The most we’ve ever gotten is 5 percent of people to make a list. It’s pretty brutal to have to do this every single time.” He then went into the algorithmic solutions. These are helpful, Zuckerberg says, but it’s also really easy to get these wrong, he notes. There needs to be a social solution, Zuckerberg says.

Zuckberberg says that the idea for this new Groups social solution comes directly from what they’ve done with Photos on Facebook. He says that 95 percent of users on Facebook in tagged in a photo — but most of that is the result of a friend tagging them. This is the same principle that will guide the new Groups.

Zuckerberg invited Justin Shaffer, the founder of Hot Potato (which Facebook recently acquired), on stage to talk a bit more about the new Groups (he’s the product manager on it). Shaffer notes that each Group is controlled by all its members. There’s group chat, group doc editing, and other apps that can be used within these groups. Groups will also be a part of the Graph API, Shaffer notes.

Groups have an icon, and a logo.”It’s mean to resemble a human space,” head of product Chris Cox added.

Groups aren’t replacing Friend Lists, Zuckerberg says. He doesn’t see the value in deleting what people have already worked on — but going forward, Groups is going to be the way this social element is set up.

This is a big part of creating what Zuckerberg calls “a pristine graph.”

Update: Read more in Zuckerberg’s post on the matter. 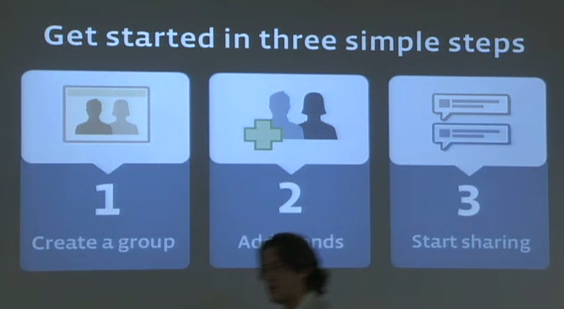