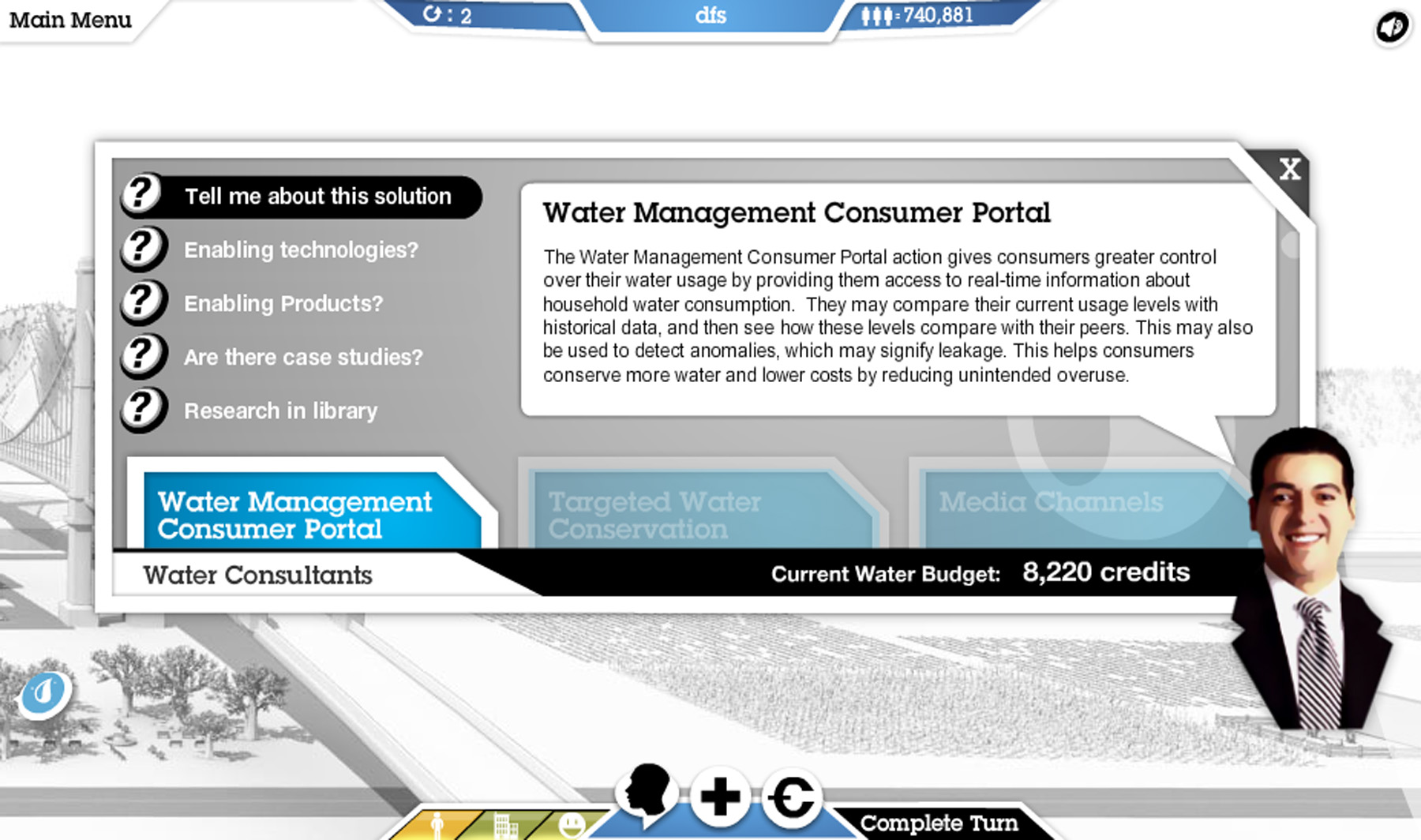 The idea of gaming for more than a high score and bragging rights has been around for some time. The U.S. military used flight simulators and Mission Rehearsal Exercise video games in training programs as early as 2001.

More recently, scientists at the University of Washington began using a game called FoldIt to solve problems related to molecular science and, as the title suggests, folding and design of proteins.

According to a press statement from IBM CityOne entails:

…More than 100 real-world scenarios. [Players must] transform cities related to initiatives such as alternative energy, traffic management, water management , banking and retail supply chains through a series of crisis scenarios. In all of the missions, the user must determine the best way to balance the city’s financial, environmental and sociological interests.

Players make decisions to improve the city by attaining revenue and profit goals, increasing customers’ and citizens’ satisfaction, and making the environment greener with a limited budget. In parallel, players will learn how the components of business process management, service reuse, cloud computing and collaborative technologies can make organizations in city systems more intelligent.

Predecessors in the popular SimCity and Civilization franchises got regular gamers (and educators) thinking about social and environmental issues years ago.

Joining IBM in the design of games for enterprise use, and online gaming that gets professionals thinking about sustainability issues, the Seattle startup, Novel Inc. released its own “social strategy MMO” in alpha earlier this year, Empire And State.