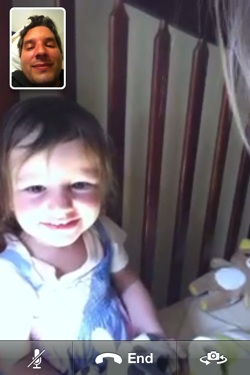 We were just talking in our chat room about what exciting things Google TV has in store. While partnerships with Pandora and Napster excite the media consumer in us, I think the real killer app will be video calling using devices like Logitech’s Google TV box, the Revue.

Although not mentioned on the site, it is clear that the Revue will work with Logtiech HD cameras like the C910. While we’ve been able to make Skype video calls on PCs, mobile phones, and laptops for years, imagine if you could do it from the comfort of your couch.

As I said before, the real draw for the new iPod Touch and iPhone is Facetime. It works amazingly well and it’s a visceral gut punch in the happy glands to be able to see the person you’re talking to, especially if your partner is a two year old girl made up partially of your genetic material who is just waking up from a nap with her pillow and Elmo doll.

Say what you want about hating video calls – your mom isn’t going to buy a Google TV device unless you can convince her she needs it to make video calls to you. There is an entire generation of users who couldn’t give the steam o’ their piss about Ooyala integration but they would stand in line to see the grandkids in living HD on a big screen. 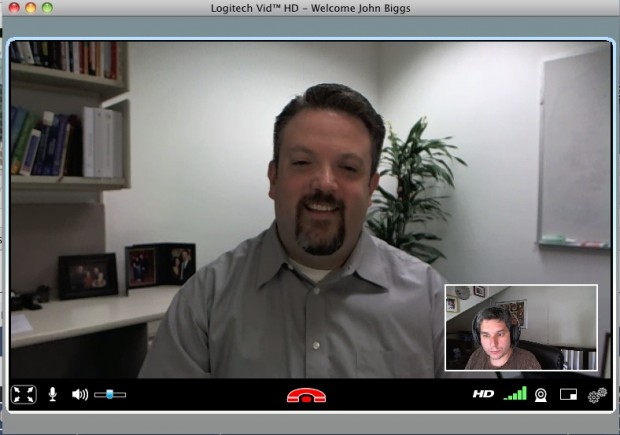 My hope is that video calling will be as simple to use as Facetime but I worry it won’t. Skype is easy but anything beyond contact management and pressing a single button marked “Call” may be too much for the intended audience. To those naysayers who think video calling isn’t important: Logitech and Cisco aren’t making their money on selling to dorks who love Google. They make money by selling cool hardware to the world. And to the worlds’ parents.

To be able to choose a contact and have a picture-in-picture conversation with that person, even if you’re not broadcasting video, will also change the perception of the home phone. While the vast majority of Americans have seen and used VOIP systems, to see a VOIP on a TV screen will be a revelation for many. All of the other Google TV “apps” are going to be swell, I’m sure, but the real app will be the one that helps you stay in touch.