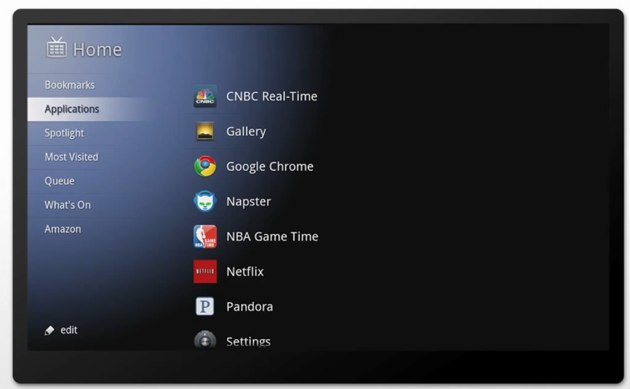 Earlier this morning, Google unveiled a new standalone portal for its upcoming Google TV platform, which will be landing in living rooms this fall. In addition to providing a pretty thorough walkthrough of Google TV’s interface, Google is also showing off additional functionality that’s being developed by third parties.

In its blog post, Google says that it’s “been overwhelmed by interest” from third parties, and that Google TV will be shipping with at least the following applications: Netflix, Twitter, CNBC, Pandora, Napster, NBA Game Time, Amazon Video On Demand and Gallery. Some of the big ones, like Netflix and Amazon Video on Demand, were already briefly mentioned during Google TV’s debut at Google I/O last May. Others are new, and it’s clear that Google TV is seeing adoption from both web companies, like Pandora, and the content creators themselves. Unfortunately third party developers will have to wait until next year before they can deploy their own Android Apps to Google TV, but this should give the platform a solid start.

You can see some of the apps in action in the video below.

Partners are beginning to post further details about their applications. Here’s some detail on what you can do with the Twitter app:

The application has most of the features and functionality that you’d expect from Twitter. It makes it easy to look through Tweets, @mentions, and favorites. When you click on a Tweet, you can reply, retweet, favorite, or share it. You will also see additional options depending on the content of the Tweet. For example, you can visit a URL or click a hashtag to search for it on Twitter. If a user is mentioned, you can visit that user’s profile to see their Tweets or follow them. And if there is a link to a photo or video, you can see a thumbnail version. Clicking the link will take you to the site so you can see a larger version of the photo or watch the video.

And here’s one from the Pandora app:

With Pandora for Google TV you can easily tune in to the personalized stations you’ve created on the web or on your phone, listen, and rate songs with a thumbs-up or a thumbs-down. You can even create new stations right on Google TV. It’s great for parties too — as you listen, the screen updates with big beautiful album art and information that illustrates what’s playing – a great conversation piece for you and your guests.

In addition to these native applications, Google is also showcasing web applications built by content owners, including VEVO, CNN, New York Times, and Cartoon Network (the TNT shot below is of a web app, the rest are for native apps). These are interesting for a few reasons. Google TV promises access to the full web though its integrated web browser, but, as we’ve discussed previously, the Internet is not optimized for the ten foot experience — Google needs these publishers to rework their sites the way they have for mobile, and it seems to be having luck.

A second, less obvious implication: this is good news for other TV-based platforms that come with a web browser, like Boxee. Right now Boxee does some interesting technical gymnastics to make web video play nicely on your TV — web apps should make their job a lot easier. 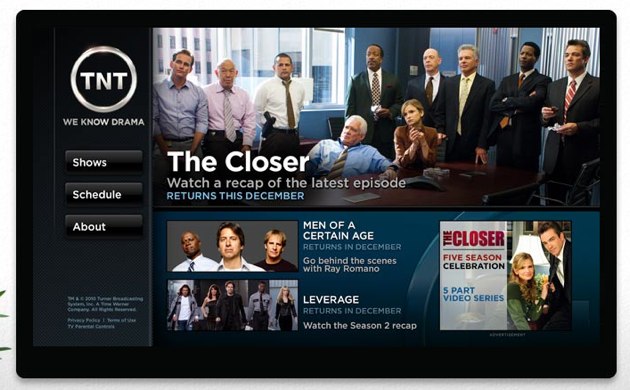 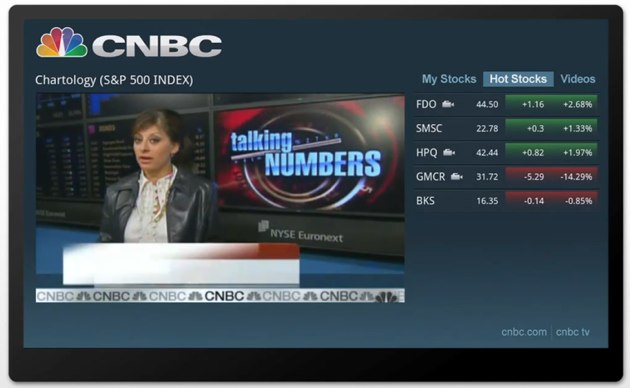 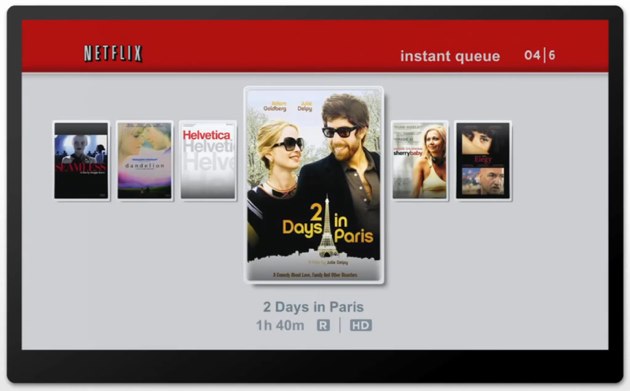 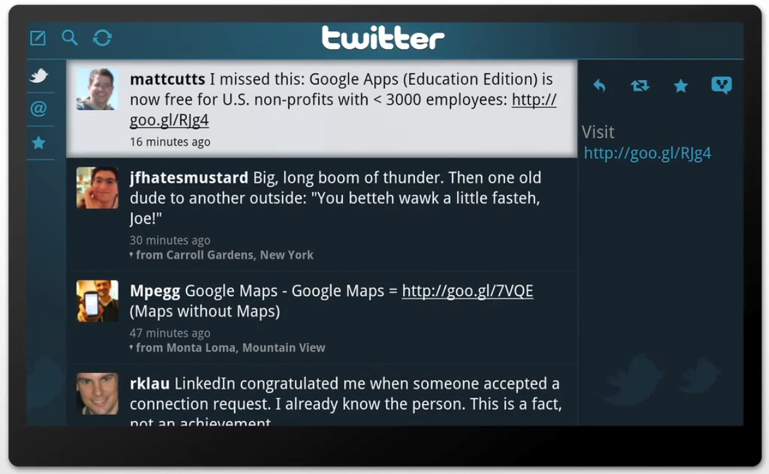 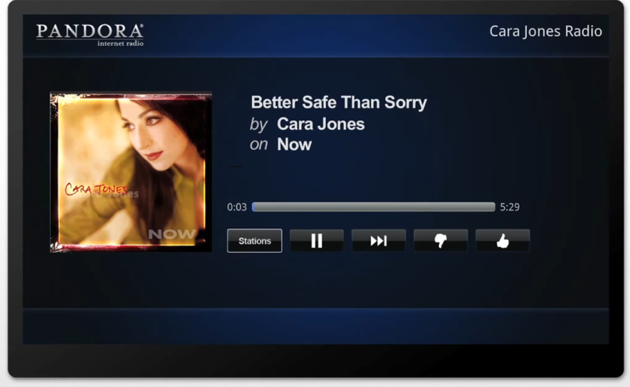 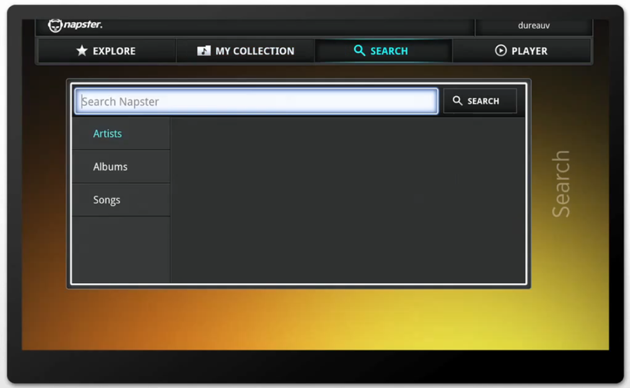 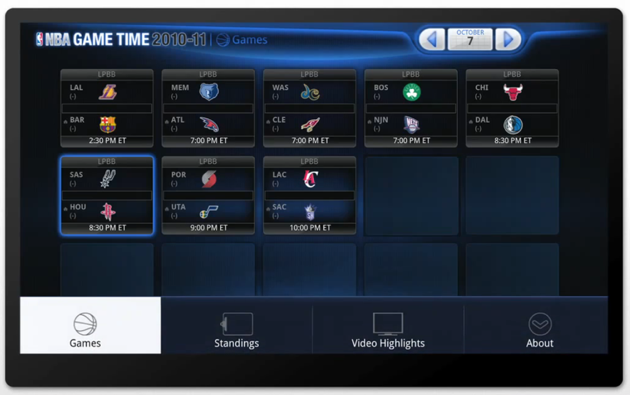