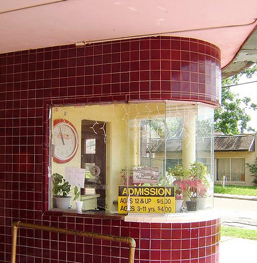 This probably isn’t too surprising. The Social Network, which had received overwhelmingly positive reviews from critics, topped the box office opening weekend with $23 million in ticket sales (some of which was contributed by Facebook itself in a screening for employees on Friday).

While some analysts predicted that the film would open at $25 million, the movie’s performance is impressive. Of course, Sony’s relentless marketing campaigns and the Oscar-buzz surround the movie probably helped drive consumers to the box office.

The movie’s budget was rumored to be in range of $45 million to $52 million, and Sony is expecting The Social Network to bring in a total of $100 million.

Just for a basis of comparison, one of the largest box office opening weekends was The Dark Knight, which brought in $158 million in sales in its first weekend.

You can read our review of The Social Network here.