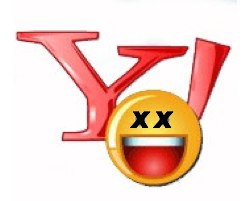 A fascinating footnote to the failed Google acquisition of Yelp last December: a Yahoo counteroffer killed the deal, say two source with knowledge of the situation.

As of December 17 Yelp was in the final stages of negotiations to sell to Google for $550 million. But just three days later the deal was off.

So what happened during those three days? Yahoo came in with an offer to buy Yelp for $750 million – $200 million more than Google had offered. Yelp, via their investment bank, asked Google if they wanted to match it. Google declined, and one source says they didn’t actually believe that there actually was a competing offer.

Here’s where things got interesting. The Yelp management team apparently refused to work for Yahoo and wanted to take the Google offer. The Yelp board of directors, faced with a fiduciary duty to act in the best interests all stockholders, couldn’t approve a Google deal when a competing deal was available at a $200 million higher price.

So with the Yelp management team refusing to take the Yahoo offer, and the Yelp board of directors unable to accept the Google offer, everything froze and a deal never happened.

The NY Times discovered many of these details on December 21 last year, but either didn’t know or didn’t name Yahoo as the competing buyer. And there are supposedly people at Google who still believe Yelp actually never had a competing offer at all and simply over negotiated. Our sources, however, swear the Yahoo offer was very real.

If Yahoo did make the counter offer the whole situation is a sad reflection on the company. Even with the Yelp management team knowing that they couldn’t take the Google offer, they still walked from a huge sale just because they couldn’t stomach working at Yahoo. Foursquare apparently made a similar decision just a few months later, walking away from a $100 million or so Yahoo offer even though they knew Facebook would soon jump squarely into their market.

The saddest part of the story is this – things have only gotten worse at Yahoo since then. There isn’t really a whole lot left to say. Stick in a fork in this one – it’s done.