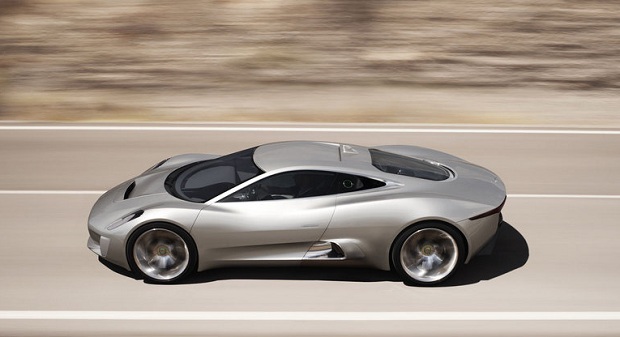 Supercars are as important as space programs. They are a hotbed of technology development and these incredibly expensive platforms allow designers and engineers alike to run wild. Sometimes even when the vehicles are sold for hundreds of thousands of dollars, they do not directly make the companies money. But yet supercars are built over and over again because they are just that important.

The vehicle industry is at a turning point right now. Suddenly stuffing a lightweight high-output engine into a F1 body tweaked for the road isn’t enough. Well, it is right now in 2010, but that design won’t cut it three, four, and especially five years from now when the vehicle finally moves from development to retail. Nope, the Paris Auto Show is showing the world is going green and that includes the next generation of supercars.

The term green is used loosely here. It doesn’t mean these 200+ MPH cars will suddenly see 50mpg numbers. No, some will still suck down fuel faster than a Ford F350, while others will use no gasoline. Both types however will employ foward-thinking technology that will eventually trickle down to your next Corilla or Malibu. This is why supercars are so important.

Humanity is not going to ride one specific type of green vehicle off to the sunset. No, there is more than enough room for multiple green powertrains. Pure EV vehicles make a lot sense for city folk while extended range hybrids like the Volt or Fisker Karma work better for those needing to drive longer distances. Advance diesel systems even have a place as both the fuel and engines become more efficient and output less emissions. Traditional hybrids will likely overtake pure gasoline vehicles by the end of the decade as battery packs and electric motors drop in cost.

However, each of the aforementioned green powertrain options still have a long way to go before they reach any sort of maturity. It’s up to the supercars and their race car brethern to work out the kinks. 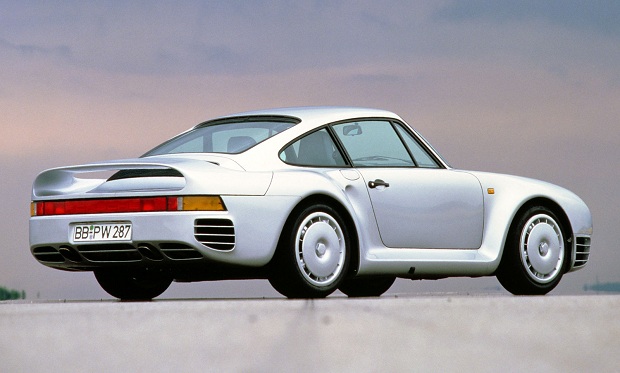 The Porsche 959 is a tech world cult classic. This is the car that Bill Gates and Paul Allen both imported to the states in the ’80s despite the US Department of Transportation deeming them illegal to drive. Gates’ sat in a US Customs warehouse for 13 years until the “Show and Display” category was authorized. But these tech giants wanted this car because it was the best in the world. It was the best in the world because Porsche threw out the mold and went wild.

The Porsche 911 platform was treading water in the early ’80s. The rear-mounted engine configuration used in the 911 was seemingly dying, but Porsche wanted to give it one more go. The company used the wild Group B rally circuit as an excuse and set out to develop the best on- and off-road car possible. The all-wheel drive 959 with adjustable ride height and a totally new sequentially turbocharged 2.85L flat-six engine emerged. In accordence to rally rules, a passenger version had to be made as well and so the 959 went on sale for $225,000.

Crazy expensive? Yes, but technical achievements of the 959 can still be seen in today’s 911 models. It was a necessary venture and perhaps saved the 911 from losing its spot atop the supercar podium. 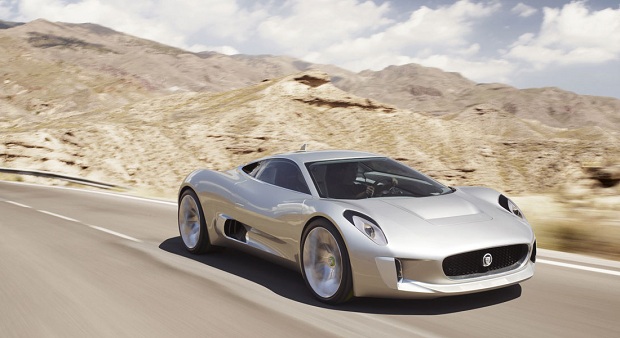 Jaguar just introduced what is nearly a perfect electric throwback to the iconic XJ220 at the Paris Auto. Google Image Search “Jaguar supercar” and that’s what you get. While the XJ220 was the dream car of the ’90s, the just-unveiled C-X75 will likely be posterized by your kids. It’s the twin-turbine electric supercar of the future.

The C-X75 is just a concept right now, but most of the configuration is already doable by today’s standards. There are four 195HP electric motors at each of the wheels, powered by an extended range system similar to the one inside the Chevy Volt. Jaguar claims the vehicle can go 68 miles on battery power alone, although that’s likely when you’re treating the accelerator like there’s an egg under it. But unlike the Volt where an I4 gasoline engine is used to recharge the Li-on battery pack, the C-X75 employs micro-gas turbines developed together with Bladon Jets. That’s the concept part.

But Jaguar is far from alone in their Paris Auto Show announcement. Lotus unveiled the Elite Gentlemen’s car that uses a KERS-inspired hybrid boost system along with announcing a hybrid version of the Elan supercar is in the works that also uses the same system. 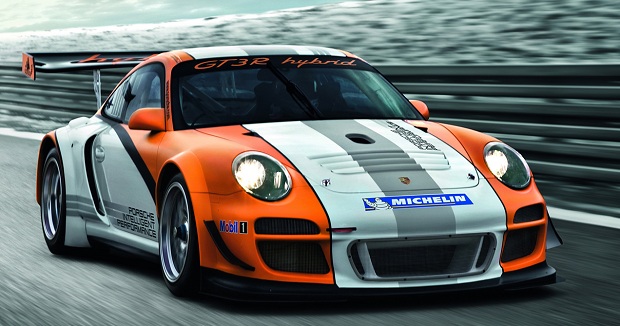 Then there’s the Porsche 911 GT3 electric hybrid currently making the racing circuit rounds. This car uses a 480HP flat-six gasoline engine for the rear wheels and twin 60 kW motors for the front. A flywheel captures energy during braking and then delivers it either on-demand via a button or during flat-out runs. It’s apparently a thrill to drive and you’ll be able to catch the car at on October 2nd as it competes in Atlanta for the Petit Le Mans (PLM).

There was an old saying back when NASCARs were closer to production cars, “Win on Sunday, sell on Monday.” That statement may very well become relivent again, but in a slightly different context. Rather than selling, say, a Porsche 911 just because it won some random race, the vehicle will sell because it has a proven green powertrain.

Technology trickles down. Scoff at the seemingly-unattainable supercar all you want, but they serve a necessary part in vehicle development. This even applies to cars like the Volt. Sure, it’s pricey now, but GM developed a whole new powertrain system and eventually it will become more affordable.