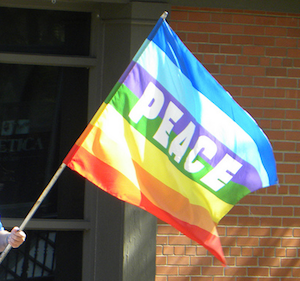 I’d like to believe that if Facebook changed the order of “Developers” and “Careers” in the footer of their site, it wouldn’t lead to a huge user backlash. But history suggests otherwise. Okay, maybe I’m slightly exaggerating, but I’m honestly not sure. It seems that if Facebook does anything to change their site, it’s grounds for user backlash. And yet, these past couple of weeks, Twitter has been drastically changing their site, and we’re seeing almost no backlash. Why?

I asked Twitter’s VP of Product Jason Goldman that very question backstage at TechCrunch Disrupt a couple days ago. His response? Twitter needed to execute on a new experience that was still Twitter-like, and they did that. It was about taking the core experience and extending on top of it.

That may sound incredibly obvious, but as we’ve seen time and time again (and on many more services than just Facebook), that’s not easy to do. Goldman admits that New Twitter went through a number of variations — some of which were more “app-y”, as Goldman put it. But they settled on something that at its core was similar to the Twitter website that everyone had grown to know and love.

He also noted that Twitter brought in a range of users from outside the company every week to test it out and see their reactions. That’s an interesting approach because many companies opt to “dog food” their products instead (test them with their own employees). Obviously, the downside of bringing in outsiders to test is leaks, but that didn’t happen here — well, not until the final minutes before launch.

Goldman admitted that part of the good feedback is probably luck. As in, they were lucky to make the right product choices for New Twitter.

Currently, New Twitter is available to slightly less than 50 percent of all Twitter users, so they’re not quite out of the woods just yet. But that’s a huge base using it without much complaint. I think it’s pretty safe to say that they nailed this metamorphous.

Watch Goldman talk about this and more in the video below.